Officials with the department of health said the creamery has stopped production and will ask retail locations to return product. The CDC also issued a Food Safety Alert advising people not to eat, sell or serve Big Olaf ice cream.

The CDC said it was concerned the company's ice cream may still be in customers' homes or available in stores in Florida. The ice cream is sold in Florida in Big Olaf Creamery stores and in stores with different company names.

Twenty-three people were infected with the outbreak strain, which was reported in 10 states in the US. Nearly all the people live in or traveled to Florida about a month before they got sick, health officials confirm. 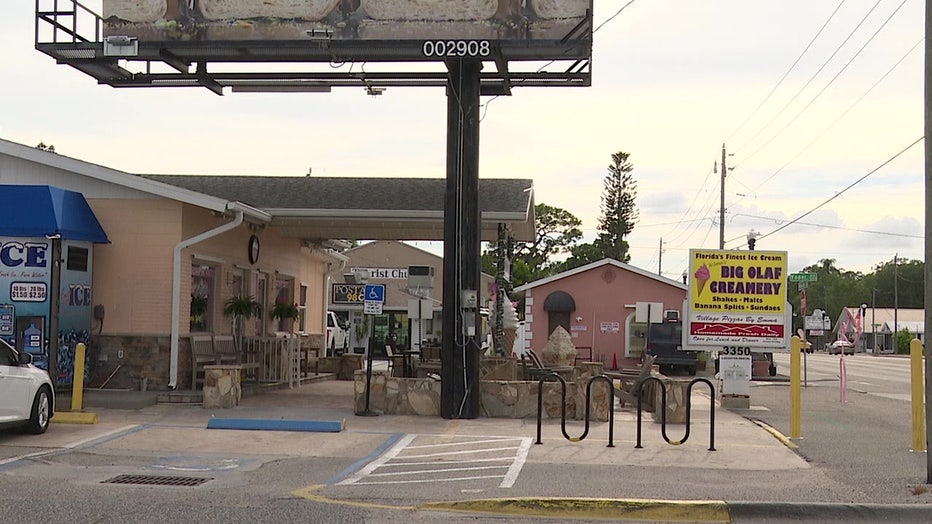 Of those who were infected, 22 people were hospitalized and an Illinois woman died, according to the CDC. Five women got sick during their pregnancy, and one illness resulted in a miscarriage.

Two lawsuits have been filed against the Sarasota company so far, including a Massachusetts woman who nearly died and suffered a miscarriage after getting the illness and the family of 79-year-old Mary Billman of Illinois.

Before the company agreed to the recall, some independently owned locations were opting to switch brands. One in St. Armands Circle has reopened, saying they are temporarily discontinuing sales of Big Olaf ice cream and switching to Yoder's Southern Creamery. In Venice, they've switched to Hershey's.

"The Florida Department of Agriculture and Consumer Services has collected samples it is currently testing and conducted an inspection at the processing facility this week," an FDACS spokesperson said. "FDACS continues to work closely with partner agencies regarding the situation."

Doctors said that’s an important next step in the investigation process.

"So what will really be the definitive evidence is if the Department of Health samples that they took at the creamery and at the locations actually ended up coming up positive for listeria," Dr. Jill Roberts, USF Foodborne Illnesses professor said.