ST. PETERSBURG, Fla. - Red tide continues to hurt wildlife in and around the waters of Tampa Bay but the algae bloom is also having an impact on birds that fly above.

"We have definitely had birds come into the hospital that have declined with red tide toxicity," explained Christina Chilbert with Seaside Seabird Sanctuary.

Chilbert says her rescue teams have rescued 30-40 birds that have become sick after eating fish that were poisoned by the toxic algae.

"They won't eat dead fish…but they will eat fish that are kind of struggling a little bit because it’s an easier catch for them," Chilbert shared. 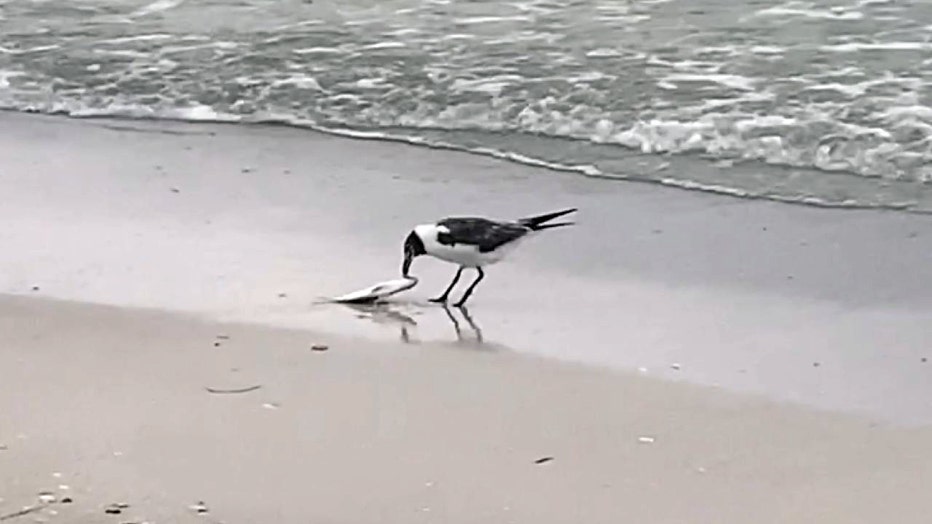 The sanctuary says the birds won’t eat dead fish but will consume the ones still alive that are struggling because it’s an easier catch.

Now that the algae bloom has let up, Tuesday and Wednesday they released some of the birds as sort of a test.

"I always cry with the first birds. I released the first pelican and I cry every single time…We are worried about going in the water eating more fish and coming right back to us," she said.

They are monitoring the birds and if they do well we are told more will be released in the coming days.