You may be familiar with Bishop Gregory Parkes, who leads the Diocese of St. Petersburg and the 500,000 Catholics who are a part of it. But you may not know that his brother is also a priest.

On September 23, Bishop-Elect Stephen Parkes will be ordained in the Diocese of Savannah. It's a rare and unique bond these brothers share. They'll be one of only 11 pairs of sibling-bishops in the history of the Catholic Church in the United States.

"God chose us to be priests and to be together in that, which is a huge blessing," Bishop-Elect Stephen Parkes said. 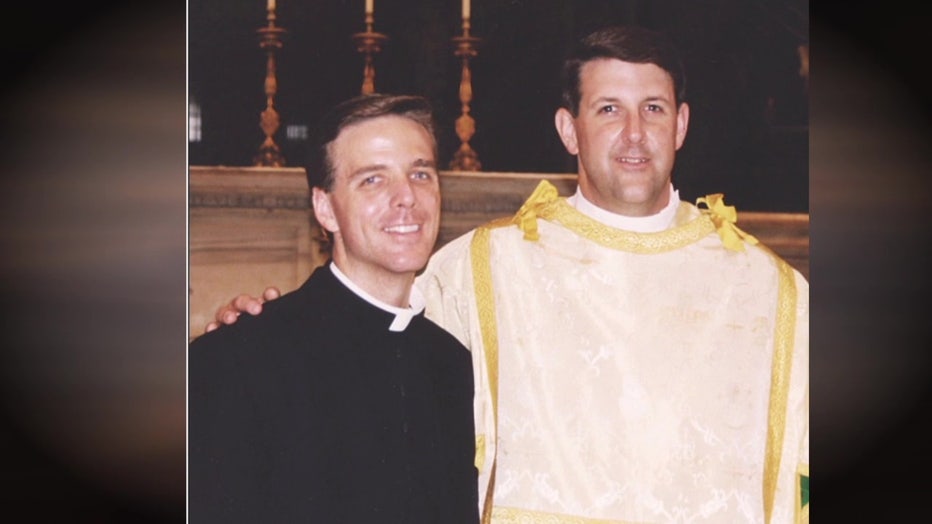 Born a year apart in Mineola, New York, Bishop Gregory Parkes earned a degree in finance at Florida State University. Bishop-Elect Stephen Parkes got a degree in business administration and marketing at the University of South Florida.

But the call to priesthood lingered for both. Bishop-Elect Stephen was ordained in 1998. Bishop Gregory followed in 1999.

"The family is so important when it comes to nurturing vocations that, really, they are born from a family," Bishop-Elect Stephen Parkes said. "We don't fall out of the sky at 33 years old, wearing flowing robes. We are not hatched; we come from families." 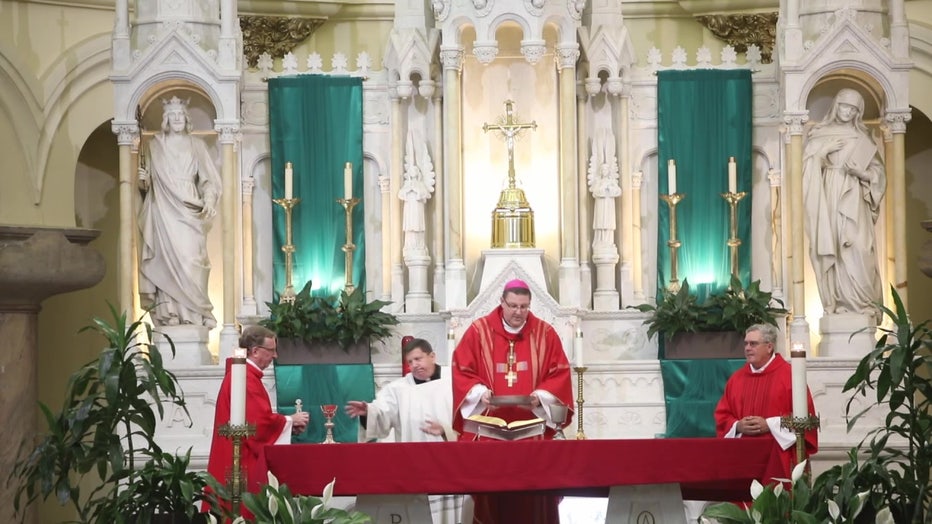 Bishop Gregory served in the Orlando area before becoming bishop of the Diocese of Pensacola-Tallahassee, and now, St. Petersburg. Bishop-Elect Stephen served 22 years in the Diocese of Orlando, most recently as pastor at Annunciation Church in Longwood

The brothers tried to meet for lunch once a week, usually halfway in Lakeland. But on July 2, after a 31-mile bike ride, then-Father Stephen Parkes got a life-changing phone call from the Vatican nuncio to the U.S.

"Certainly, I was not expecting it," Bishop-Elect Stephen Parkes said.

He was told that Pope Francis selected him as the next bishop of Savannah. 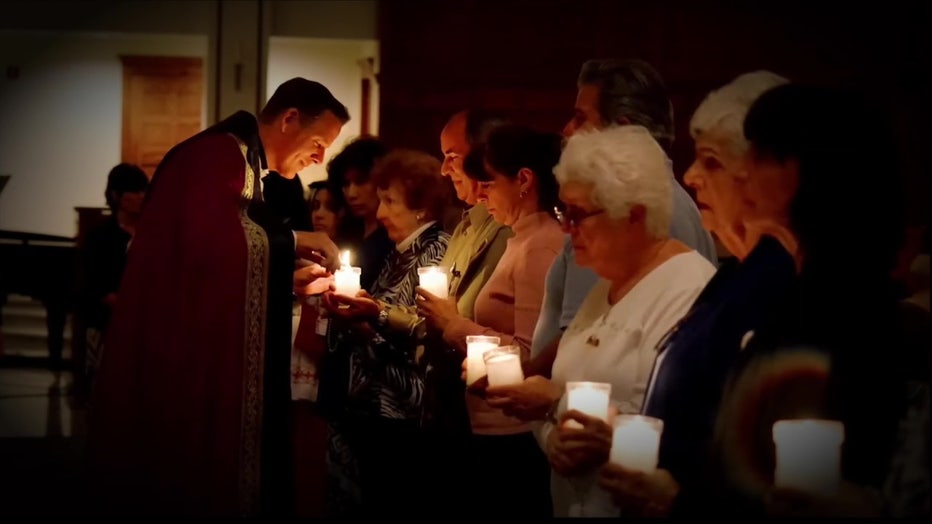 "You have to give an answer then," Bishop-Elect Stephen Parkes recalled. "I asked if I could pray about it or could I have some time. And the nuncio said, what is there to pray about? So, we trust in the spirit and we say yes."

Bishop Gregory Parkes said, "It was a great joy to get that news. The archbishop from Washington who called my brother to tell him that he had been appointed a bishop called me shortly after that to give me the news. He said, since you're his brother, you need to know as well." 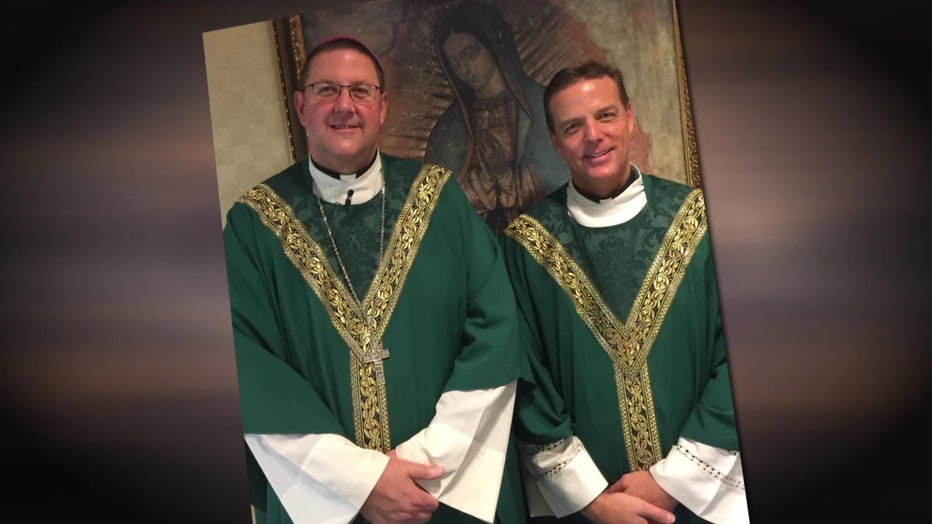 Not only are they one of 11 pairs of sibling-bishops in the history of the Catholic Church in the United States, but they're also among the tallest. In fact, Bishop Gregory Parkes is known as the tallest at 6-foot-8.

"The last two popes have asked me about my height," Bishop Gregory Parkes said. "My younger brother Stephen is actually the short one in the family. I'm six-[foot]-eight. He's about six-[foot]-four. And, we had an older brother who was also six-[foot]-eight."

While, yes, they did play basketball in their younger days, "I think God had other plans for the Parkes brothers," Bishop-Elect Stephen Parkes joked at his first press conference in Savannah. 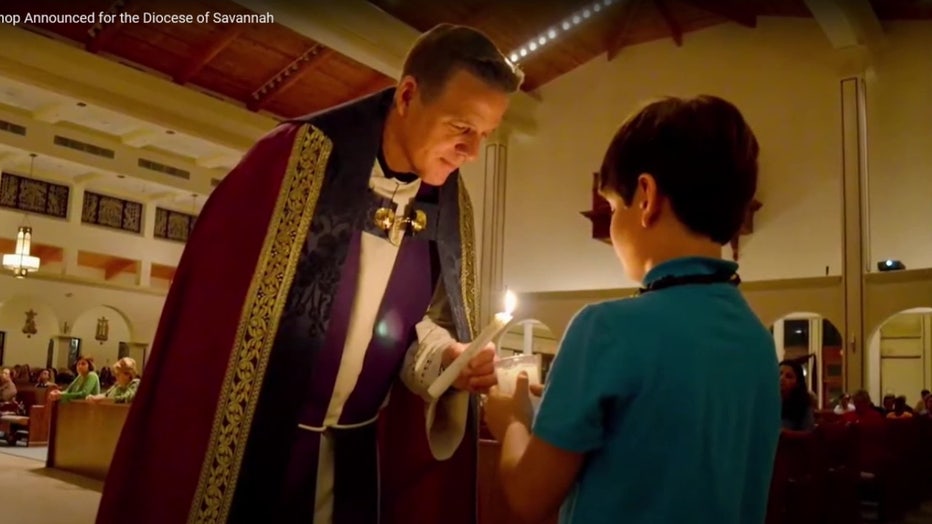 Bishop Gregory gave his younger brother a few items he'll need, such as a miter, the pectoral cross he was given when appointed bishop, but most importantly, brotherly advice from one bishop to another.

"Taking the time to get to know those you are called to serve, both the priests as well as the people, make sure that they know that you love them and you are there to serve them and be with them," Bishop Gregory Parkes said. 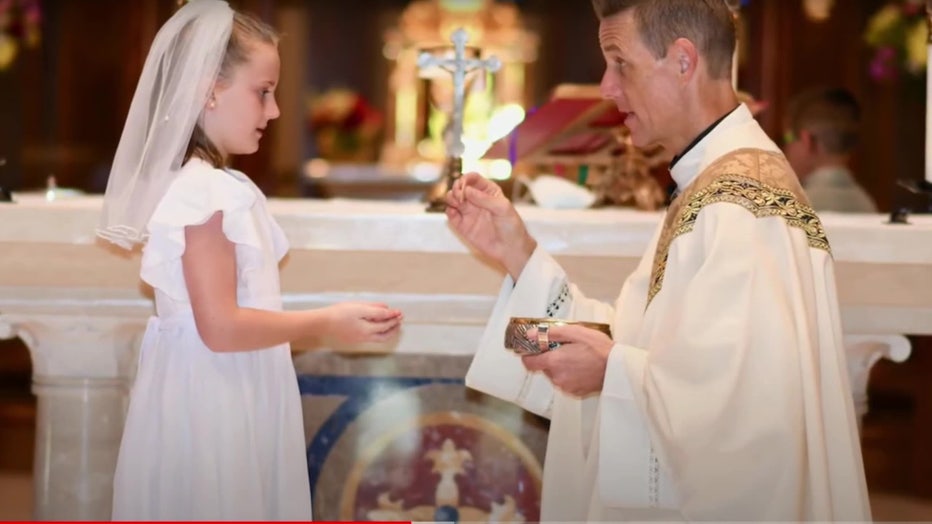 2020 has brought trials and tribulations, unrest and uncertainty. These brother-bishops strive to use their roles to inspire hope and healing at a time it's most needed.

"No, 2020 has not been a very easy year," agreed Bishop-Elect Stephen Parkes. "But when it comes to the gift of our faith, I think we have to say that we are not alone. We have one another and the lord is with us. So we have to be able to believe in that and preach that message."