Crowds cheer as the Blue Angels fly over the monuments of Washington D.C. to thank essential workers.

TAMPA, Fla. - The Navy’s Blue Angels will be flying back through Florida this week, but Tampa Bay is apparently not on their route.

The Blue Angels and their Air Force counterparts, the Thunderbirds, have replaced their springtime airshow schedule with flyovers of major cities as part of a ‘thank-you‘ tour for COVID-19 first responders.

The teams have already looped around the skies of New York, Philadelphia, Baltimore, Washington, and Atlanta. Dallas, New Orleans, and Houston are up next for the Blue Angels.

The Washington Post reported last week that Tampa was on the list of cities for a flyover, but that never materialized. Now, the Blue Angels have added Jacksonville and Miami to their agenda for Friday, but Tampa is not apparently on their list.

Specific routes and schedules will be released later this week.

Jacksonville is home to a major naval air station, and the Blue Angels are based down the Panhandle in Pensacola. It was not immediately clear why Miami was selected and Tampa was not. 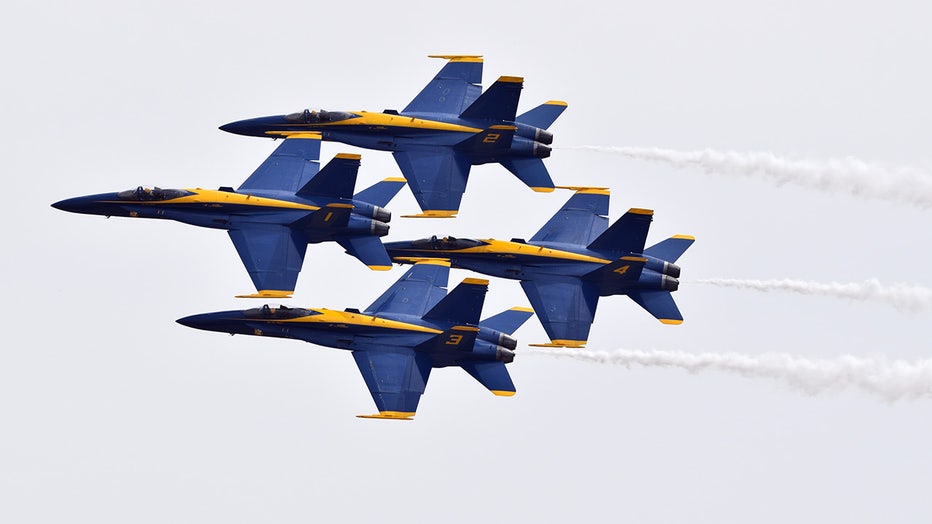 Tampa is home to MacDill Air Force Base, and the Blue Angels were scheduled to headline the base's now-canceled AirFest earlier this year.

The Air Force’s Thunderbirds were headed home to Nevada Tuesday. The team plans to announce additional flyovers in the coming days.