Bob Saget dead at 65: Where the death investigation is heading

Actor Bob Saget is dead after being found in a hotel room in Orlando on Sunday, according to the Orange County Sheriff's Office.

Deputies found Saget unresponsive in a Ritz-Carlton hotel in Orlando, according to the Orange Country Sheriff’s Office. He was pronounced dead at the scene, with responders finding no signs of drug use or foul play in the case, authorities said.

In a statement Sunday, Saget's family members said they were "devastated to confirm that our beloved Bob passed away today.... Though we ask for privacy at this time, we invite you to join us in remembering the love and laughter that Bob brought to the world." 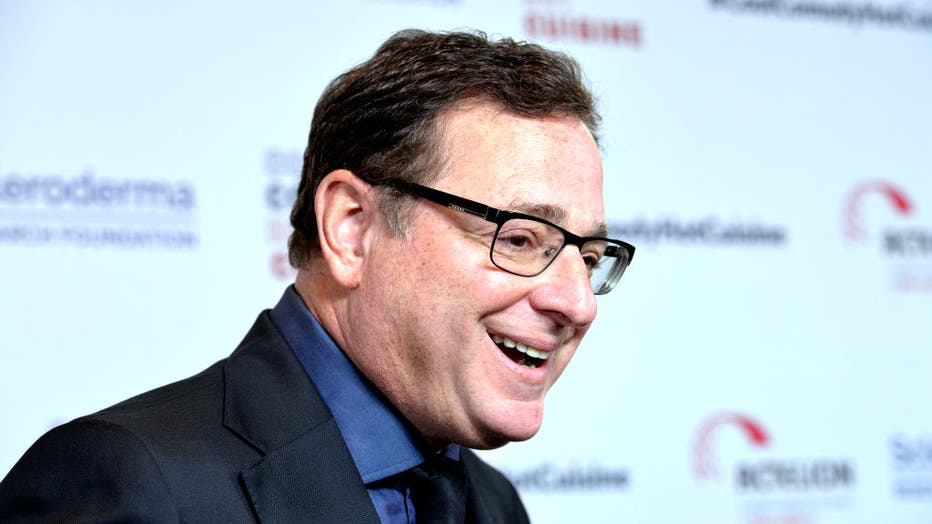 Saget is perhaps best known for his portrayal of Danny Tanner in the ABC sitcom "Full House" and its Netflix sequel "Fuller House." Tributes to the actor quickly poured in shortly after news of his death broke, including many former castmates on social media and even flowers from fans in San Francisco outside of the home used in the popular show.

John Stamos, who played Uncle Jesse on the show, shared a heartbreaking reaction on Twitter: "I am broken. I am gutted. I am in complete and utter shock. I will never ever have another friend like him. I love you so much Bobby."

"Full House" also brought fame to Mary-Kate and Ashley Olsen when it debuted in 1987. The twins issued a joint statement, which called Saget "the most loving, compassionate and generous man."

"We are deeply saddened that he is no longer with us but know that he will continue to be by our side to guide us as gracefully as he always has," the Olsens said.

"I don’t know what to say," Cameron Bure wrote on Twitter. "I have no words. Bob was one of the best humans beings I’ve ever known in my life. I loved him so much."

Jodie Sweetin, who portrayed Danny’s middle daughter, Stephanie Tanner, shared a series of photos on Instagram alongside some of her favorite memories.

"He and Dave dancing together at my 13th Birthday party, being ridiculous, as usual. Spending weekends at his house with his daughters when I was young, and having blueberry pancakes. The time I out "Bob’d" Bob, with some joke I told. Him telling me he was proud of me," she wrote.

"You were supposed to be here longer…How Rude," she added, paying homage to Stephanie’s famous "Full House" catchphrase.

Andrea Barber, who portrayed D.J.‘s friend Kimmy Gibbler, said on Instagram that Saget "had the biggest heart of anyone in Hollywood" and gave "the biggest hugs," alongside an image of the two embracing.

Blake Tuomy-Wilhoit, an actor who played the role of Jesse and Becky's twin son on the show, also shared a tribute on social media.

Adam Hagenbuch, who portrayed Kimmy Gibbler’s brother, Jimmy Gibbler, and Stephanie Tanner’s love interest, wrote that Saget could "cheer anyone up and he’d do or say just about anything to get people to crack a smile. I’ll miss him big time."

And John Brotherton, who portrayed Matt Harmon and a love interest of D.J. Tanner, said Saget’s "heart was abundantly full of love and kindness for others."

Saget was also heard as the narrator on "How I Met Your Mother," which ran for nine seasons on CBS.

"Bob Saget was the older wiser ‘me’ for nine years on How I Met Your Mother," tweeted cast member Josh Radnor. "He was the kindest, loveliest, funniest, most supportive man. The easiest person to be around. A mensch among mensches."

From 1989 to 1997, Saget hosted the popular show "America’s Funniest Home Videos." As a comedian, Saget was known for his adult-centered standup routines. His comedy tour brought him to Orlando for a show on Friday night. The following night he had a show in Ponte Vedra Beach.

Beloved actor and comedian Bob Saget passed away on Jan. 9 at the age of 65.

Comedian Gilbert Gottfried said he was in shock and had just spoken to Saget a few days prior to his death.

Actress Kat Dennings remembered Saget as "a wonderful guy," saying that he always went out of his way to me her comfortable.

Here are other celebrities who shared their memories of Saget, including Joel McHale — who noted Saget as being "one of the funniest people on the planet." Henry Winkler joked that he was "going to make God blush."

Bob Saget: That’s What I’m Talkin’ About (2013): If you’re looking for a special to help you remember the warm, dorky dad from "Full House," this ain’t it — but as Saget reverts to his "foul-mouthed explainer and raconteur" persona for this Seattle stage show, it’ll be easy to fall in love with the R-rated version, too.

Bob Saget: Zero to Sixty (2017): Just because Saget’s off-sitcom persona was a teeny bit raunchier than viewers might expect doesn’t mean he’s not still "the last TV father viewers can trust," a title he embraces in this stand-up special he saw as "a warm embrace in this troubled times." It’s still not for kids, though.

Comedy Warriors (2013): The foul-mouthed, big-hearted Saget is one of five comedians (alongside Lewis Black and Zach Galifianakis, among others) who steps up to coach " five wounded war veterans for their first stand-up comedy set." This documentary captures the attempt to promote "healing through humor."

This story was reported from Atlanta. Kelly Hayes and the Associated Press contributed.