Deputies were called when Walmart employees spotted someone roaming around above the store's ceiling.

Deputies say the man went around a counter, into a closet, and stacked boxes to climb into the ceiling.

"It appears at this time that he was going through some type of mental health crisis," said Amanda Hunter, a public information officer with the Pasco County Sheriff's Office.

The footage shows deputies climbing a ladder and working to locate the man above the store aisles. As deputies approached him above the ceiling Hunter said the suspect, 47-year-old William Harrell, picked up a fluorescent light bulb.

"He actually took one of the light bulbs, cracked it in half and was stabbing toward the deputies with the broken light bulb," Hunter explained. 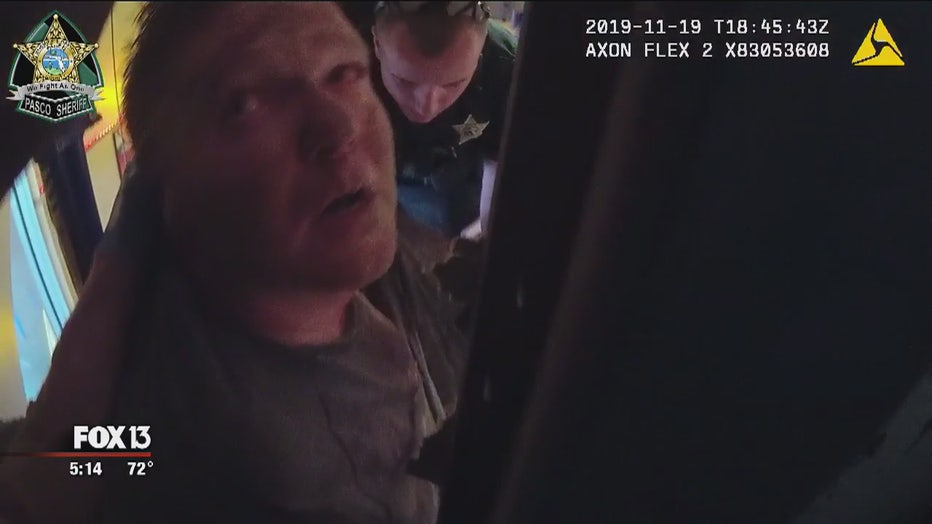 Deputies said they were concerned that they and Harrell might fall through the ceiling onto the floor below. Deputies evacuated the store near the intersection of SR 54 and Little Road for several hours.

When deputies got close to Harrell they Tased him, sprayed him with pepper spray and shot him with a bean bag gun before they were able to subdue him.

They finally cut a hole in a wall close to the ceiling and lowered him onto a lift belonging to the store.

Harrell was taken into custody under the Baker Act and hospitalized.

Hunter said Harrell will face several charges when he's released from the hospital including aggravated assault on a police officer.