A warrant has been issued for the Samantha Moreno Rodriguez who is wanted in connection with the death of her son, Liam Husted, 7, of San Jose. The boy's body was found on a trail outside Las Vegas and Rodriguez was last seen traveling alone near Denver.

Authorities confirmed that the body of a young child found on a mountain trail near Las Vegas has been identified as a 7-year-old boy from San Jose.

An arrest warrant has been issued for his mother, Samantha Moreno Rodriguez, for her son's death. The 35-year-old mom was last seen more than a week ago the Denver area, officials said.

"We are devastated. Liam was a happy, sweet, innocent child who adored his father. It is a complete tragedy," the boy's grandfather Chris Husted said in a statement to KTVU. "Liam was a special needs child, at a disadvantage and dependent on others kindness. Unfortunately his mother took that away." 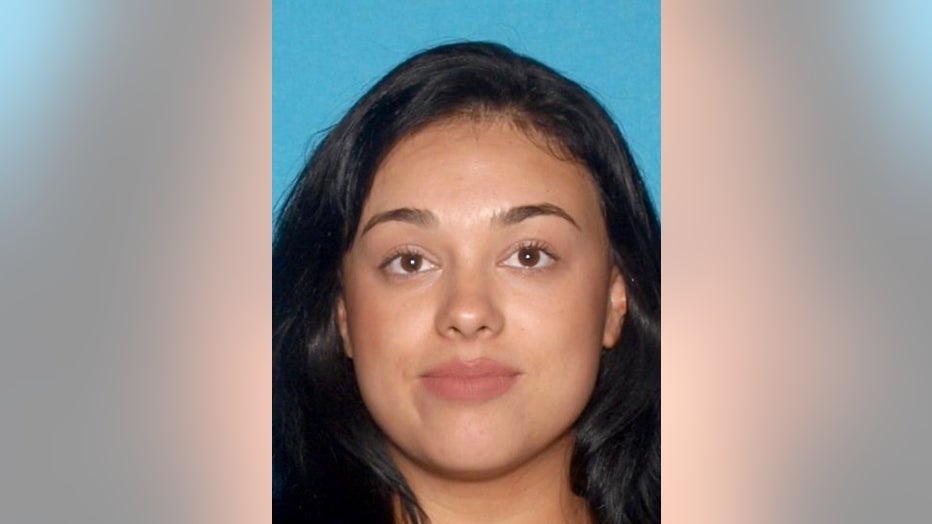 The Las Vegas Metropolitan Police Department has been investigating the case as a homicide after a group of hikers discovered the boy's body 10 days ago on a trail in Mountain Springs, Nevada.

Lt. Raymond Spencer with the LVMPD said he received a phone call Friday evening from a sergeant with the San Jose Police Department about a missing person case in the Bay Area that could be linked to the case in Las Vegas.

"They sent photographs to me. After looking at those photographs, we believed that there was a very good possibility that the missing persons case in San Jose was related to our homicide investigation," Spencer said.

A Las Vegas detective flew to San Jose to retrieve some of the boy's personal belongings, clothing, and a pillow, for forensic scientists to obtain DNA evidence.

Spencer said the boy was last seen in the San Jose area on May 24. A family friend of the Husted's mother told police that she had not seen Rodriguez or Husted in over two weeks.

The family friend said she saw a composite sketch of John "Little Zion" Doe that was featured in news coverage and believed it resembled Husted, according to police.

The woman went to San Jose police on Friday to share what information she knew.

Investigators have learned that Rodriguez and Husted left San Jose on May 24 driving a dark blue 2007 Dodge Caliber with California license plate 6WLH211. They can be placed in Laguna Beach and Victorville on May 26.

Husted's body was discovered on a trail in Mountain Springs in the early morning hours on May 28. The following day, the Dodge Caliber was seen traveling on I-70 near Grand Junction, CO. Rodriguez was seen on May 31 at a Denver area hotel after she checked into a hotel alone.

A former neighbor in San Jose said the family kept to themselves and she never saw any trouble.

"He was just a little boy, he seemed sweet to me," said Elaine Minnelli. "It’s horrific. I’m a mother of two children and I can’t imagine anyone doing that to their child."