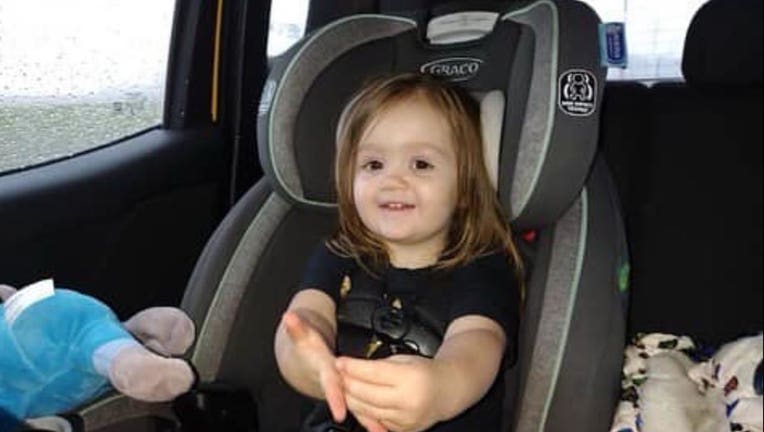 Investigators said it was not immediately clear how Jeremy Sweet's vehicle wound up in the White River. (Bartholomew County Sheriff)

COLUMBUS, Ohio - A desperate search for a missing 2-year-old Indiana girl ended Sunday after rescuers recovered her body along a river, miles downstream from where her father was earlier rescued from a submerged vehicle, authorities said.

Emma Sweet was found dead along the White River near Columbus, about three miles downstream from where her father, Jeremy Sweet, was pulled to safety from his truck on Friday morning, the Bartholomew County Sheriff’s Office said.

"I have never in my 30 years in law enforcement seen such cooperation and teamwork in an investigation," said Sheriff Matt Myers. "I had no doubt that the men and women searching for Emma would find her."

OHIO ARMY NATIONAL GUARD SPC. MICHAELA NELSON HAS BEEN MISSING FOR A MONTH

The Bartholomew County coroner is working to identify the child’s cause of the death. 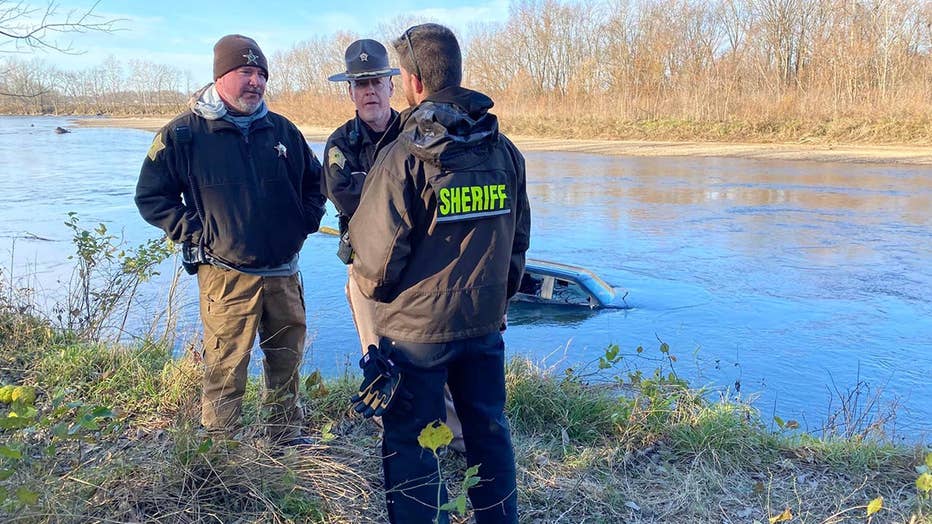 Emma Sweet was last seen Wednesday and was reported missing along with her father, Jeremy Sweet, on Thursday, according to investigators.

On Friday morning, duck hunters located Jeremy Sweet inside his submerged truck in the White River. After rescuers pulled him out, investigators learned that he had his two-year-old daughter with him – but she was nowhere to be found.

While it was believed Emma’s coat was found downstream, investigators said there was no sign of the missing 2-year-old until her body was recovered from the river on Sunday morning.

"I pray the Lord to comfort them during this difficult time," Myers said, referring to the child’s family. "I again want to praise the first responders and all of those who came out to help search for Emma." 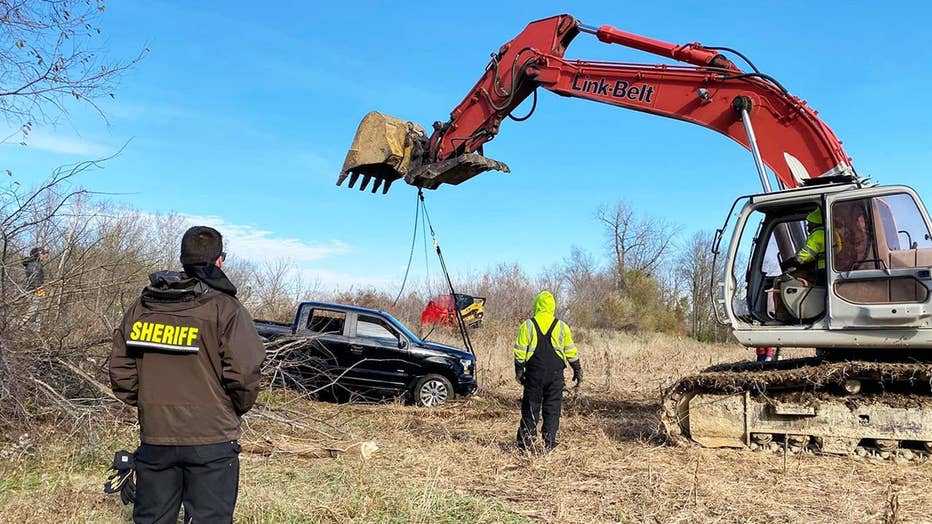 It was not immediately clear how the vehicle ended up in the river.

Jeremy Sweet, who was taken to a hospital for hypothermia after being pulled from the White River, was being held on a 72-hour hold without bond while the investigation continues, the sheriff’s office said.

At the time Jeremy Sweet was pulled from the water, he was out on bond for unlawful possession of a firearm by a serious violent felon as well as possession of methamphetamine, the sheriff’s office said.