Mississippi police on Monday said a healthy 2-year-old boy who was abandoned with a change of clothes and a note that said, “child abandoned…no phone number for mom” at a Goodwill drop-off has been identified and a suspect was arrested.

The child is in the custody of the state department of Child Protective Services, the Southaven Police Department said in a Facebook post.

“The male child is approximately 2 years old and is unable to give his name or the names of his parents or relatives,” the department initially posted about the boy. 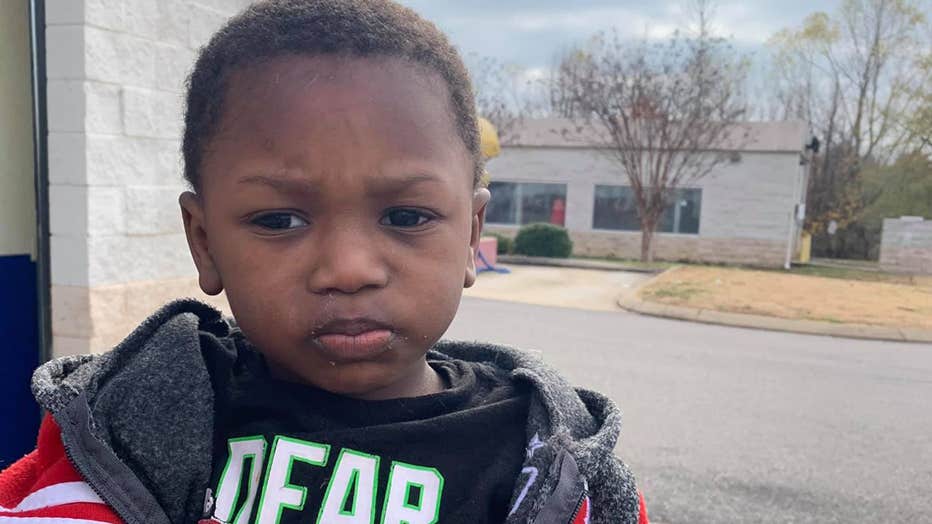 This 2-year-old boy knew how old he was, but not his name after being abandoned at a Goodwill drop-off in Southaven, Mississippi. (Southaven Police Department)

Police said they were looking for a man and a woman who were in a beat up vehicle and were seen on surveillance video abandoning the child at the Southaven Goodwill Store on Stateline Road East around 9:40 a.m.

The man was wearing black jogging pants and a black cowboy hat when he dropped off the little boy, police said. A suspect was arrested across state lines in Memphis, Tenn., authorities said.

"Southaven Police received numerous tips, and with the assistance of F.B.I. offices in both Mississippi, and Tennessee, along with the Shelby County Sheriff’s Department a suspect related to this case was taken into custody in Memphis," the department said.

It did not release any information about charges or suspect.

Police told WREG-TV the note that said “child abandoned…no phone number for mom” was scrawled on a paper towel. 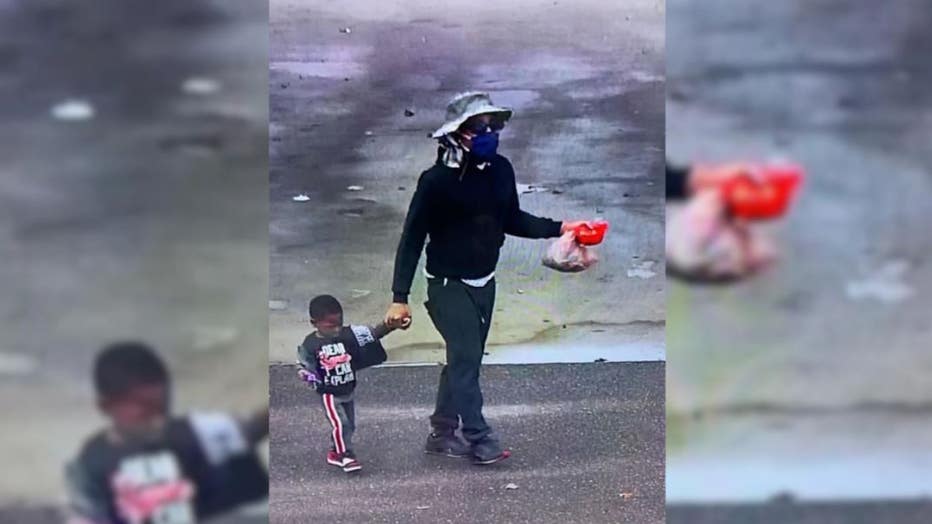 Police released this photo in the case of a boy, 2, abandoned at a Goodwill in Mississippi. (Southaven Police Department)

Police found the note in a plastic Kroger bag dropped off with the boy. Also inside was a change of clothes and some food, according to the station.

The station reported interviewing a Goodwill worker who took the child. 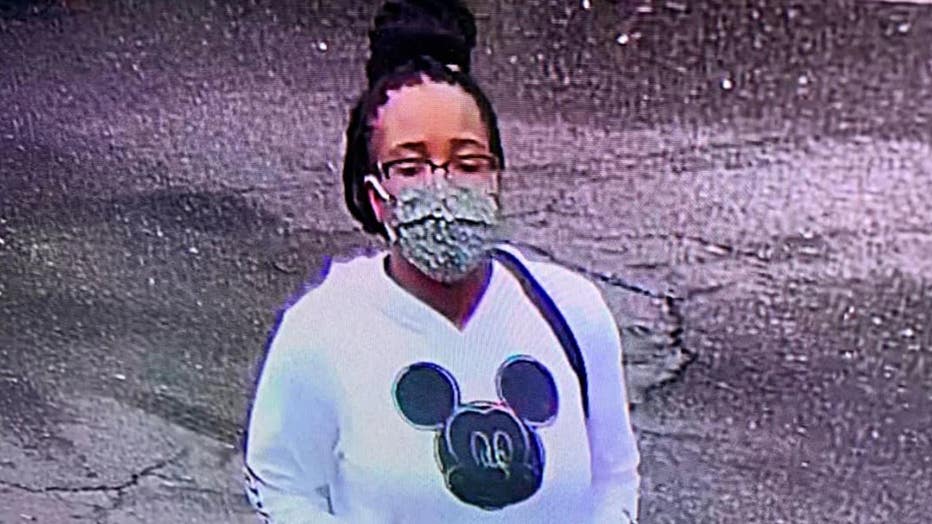 Police said this woman was being sought in the abandonment of a 2-year old boy at a Goodwill drop-off in Mississippi. (Southaven Police Department )

He said the man walked up to him and said “the child’s mother couldn’t care for him” before walking away, according to the station.

The worker told the station the boy had on clothes ill-suited for Monday morning's chilly weather. 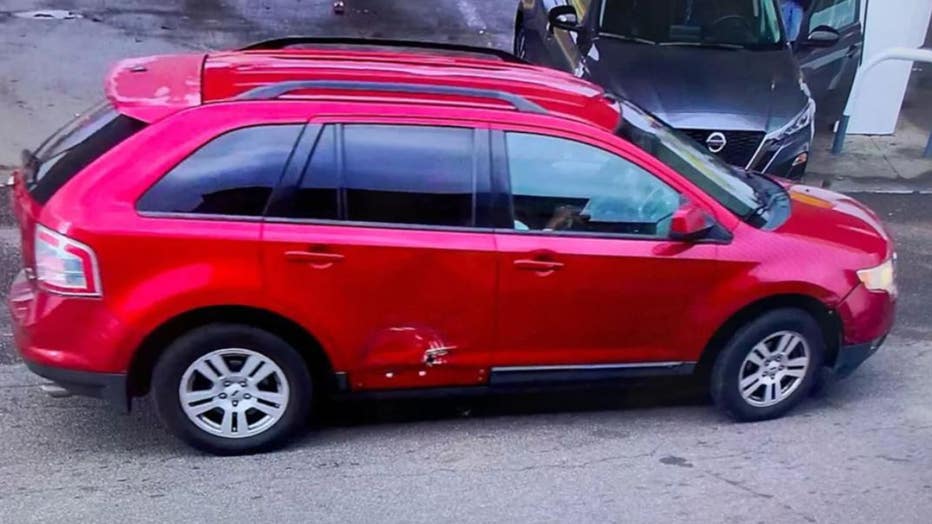 Car that brought child to a Goodwill in Mississippi where he was abandoned. (Southaven Police Department)

He also described the boy as being in good spirits, laughing, playing with toys and eating food as they waited for police to arrive.