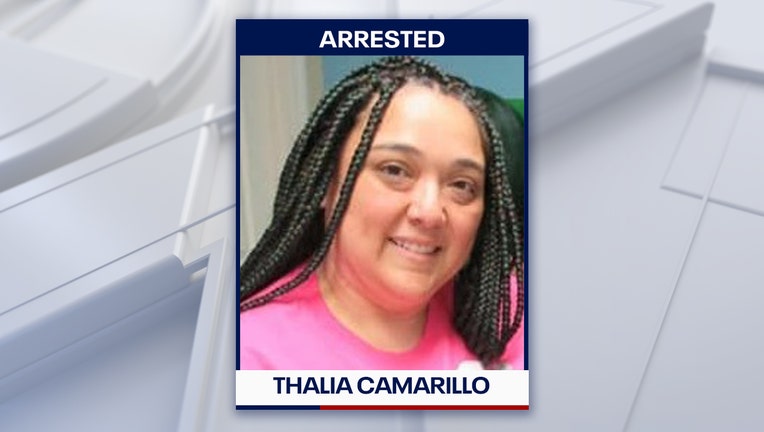 BRADENTON, Fla. - A daycare worker in Manatee County has been charged after she was seen on surveillance video physically abusing a child, according to the Bradenton Police Department.

It happened September 16 at Laugh and Learn Daycare on 3rd Avenue E. Investigators say they were called to Manatee Memorial Hospital after a 4-month-old was brought in with a fractured leg.

Child protective services and Bradenton PD investigators looked at surveillance video from the child's daycare and saw an employee, 42-year-old Thalia Camarillo of Ellenton, "hitting the infant with an open hand several times."

After she hit the child, Bradenton PD says the video shows Camarillo "aggressively twisting and bending the infant’s right leg," which they believe caused the fracture.

The child had to be transported to Johns Hopkins All Children's Hospital for further treatment.

Camarillo was arrested and charged with felony aggravated child abuse.

The investigation is ongoing. Anyone with information about the incident is asked to contact Bradenton PD Detective Santana at 941-932-9355 or email bpdtips@bradentonpd.com. To remain anonymous and be eligible for a cash reward of up to $3,000, call Crime Stoppers at 1-866-634-8477 or visit www.manateecrimestoppers.com.