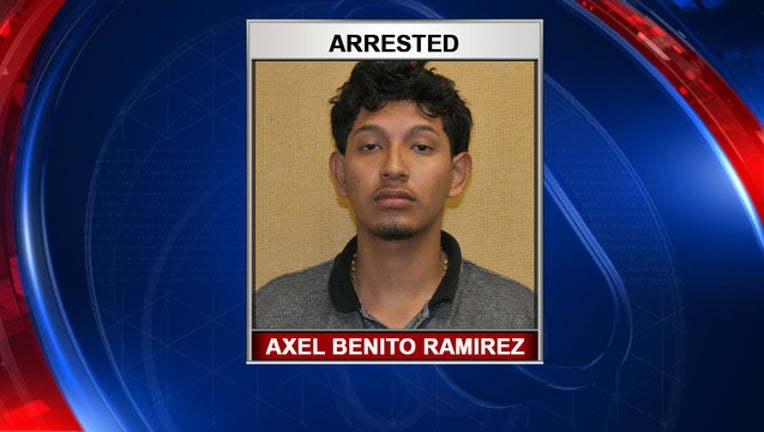 BRADENTON (FOX 13) - One person has been arrested after a 7-year-old girl was shot in Bradenton.

Police arrested 18-year-old Axel Benito Ramirez and identified him as the suspect in Saturdays shooting. The incident occurred in the 2200 block of Manatee Avenue East, where the girl was shot while sitting in her mother’s vehicle, police said.

She was transported to Manatee Memorial Hospital where she was treated and released by Saturday evening. Detectives said they identified Ramirez after scouring through surveillance video and talking to witnesses.

Ramirez admitted to firing the handgun into the vehicle as it passed away, detectives. They also said there is no connection between the victim, her family and Ramirez.

Ramirez was charged with aggravated battery and shooting into an occupied vehicle.