A mechanic fixed up a car and gave it to a widow whose car was unrepairable.

BRADENTON, Fla. - A Bradenton area mechanic righted a wrong after helping a woman through a stressful used car buying experience. When Rose Arnold’s new car would not run the 77-year-old had it towed to Gulf Auto Clinic. That’s where mechanic Terry Abbas discovered fuel leaks, misplaced brake lines, and a damaged tire.  He said the car was unsafe and not repairable.

“It was just not a safe vehicle,” Abbas explained. “She was just very fortunate she was able to drive it all.”

He was concerned the car was even on the road.

“It was heartbreaking that this dealership basically stole money from this widow,” Abbas said.

He had an idea to replace it with a safe dependable used car. Another customer said they were looking to sell their car, so Gulf Auto Clinic bought it.  Abbas and his team repaired the vehicle and surprised Arnold with it as a gift. She was overwhelmed by this generous act of kindness. 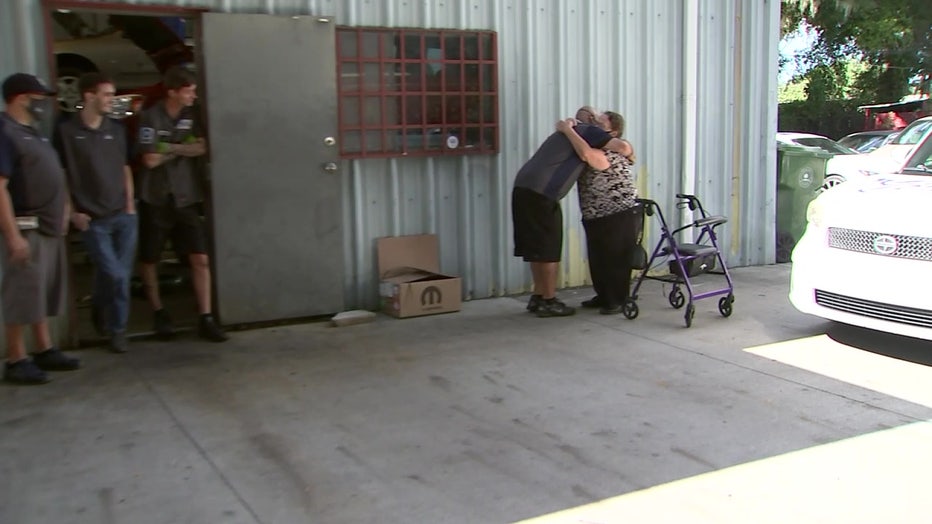 To avoid issues like these, it is recommended to have your used car checked by a mechanic.

Fox News contributor Lauren Fix, the "Car Coach," says you should examine the vehicle beyond the paint and trim. She recommends looking under the fenders for signs of damage that has been fixed or repainted.

-Check the oil. Fresh oil is the color of honey. Dirty oil is much darker. If the oil is not clear (murky or sludgy) it could indicate excessive wear without an oil change. Milky colored oil indicates a crack in the engine block. Metal shavings sticking to the oil dipstick indicates possible engine damage as well.

Check inside the spare tire compartment and under the seats for signs of rust as that could indicate a salvaged flood vehicle. The same advice works for the fuse box. Take off the lid, moisture under that lid also indicates possible flood damage.

She says you should “sleep on it”. Don't make such a big decision on the spot.