BRADENTON, Fla. - By chance, an 18-year-old who became a double amputee following a car crash was placed in a hospital room two doors down from a woman who lost her leg during the Boston Marathon bombing and the pair quickly became new friends.

At HCA Florida Blake Hospital, Rebekah Gregory is recovering after her 75th operation.

"We can always look at the problems in our lives but when we look at it our blessing will always outweigh those," she said.

"We were right there. We could see the sweat pouring off of people, the smiles on their faces as they crossed the finish," she said.

She and her son were watching the Boston Marathon, waiting for a friend to cross. 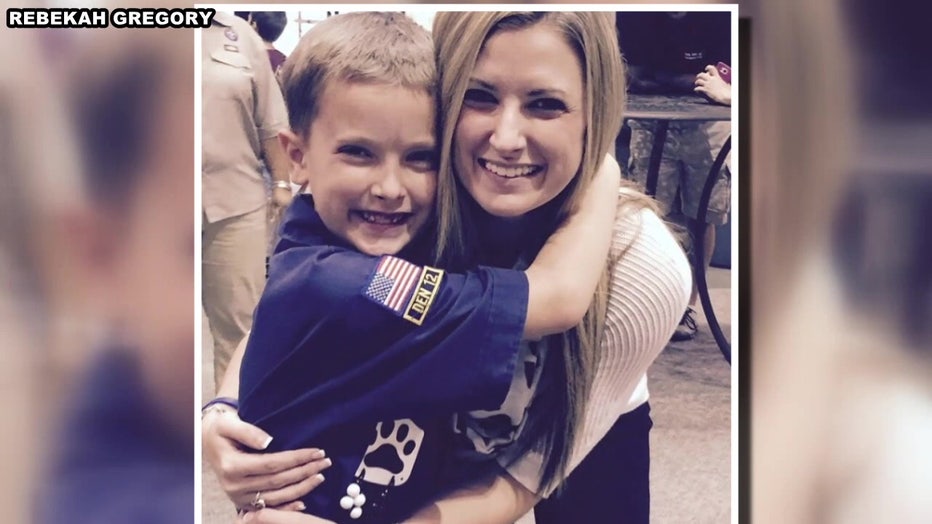 Rebekah Gregory and her son were injured during the Boston Marathon bombing.

"He took his place on my feet with his back up against my shins and that’s exactly where my little boy was when a bomb in a backpack went off exactly three feet behind us," she said.

They both survived, but Gregory was severely injured.

"My bones were lying next to me. I was lying in a pool of my own blood," she said.

Even after losing her left leg, she refused to slow down. Gregory funneled her energy into a foundation called "Rebekah's Angels." She works to help people experiencing trauma, reclaim their lives through therapy. 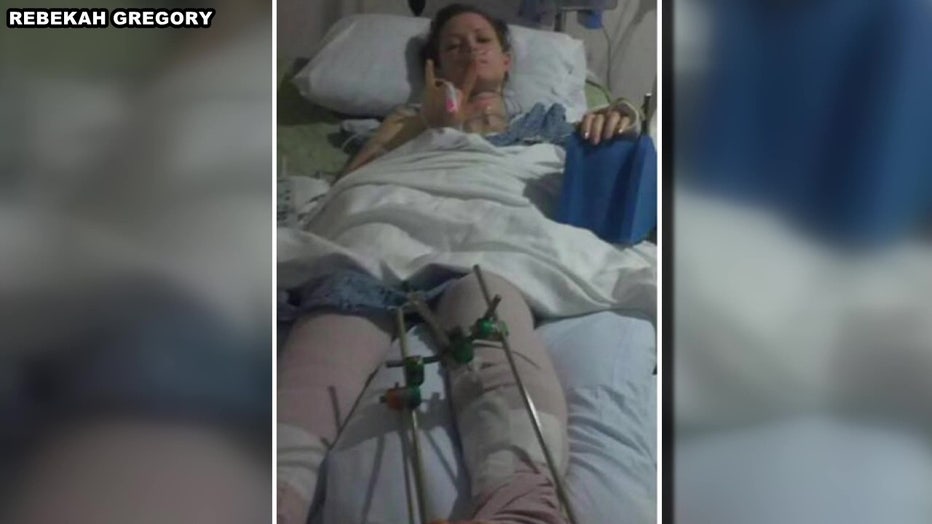 Rebekah Gregory lost her leg during the Boston Marathon bombing.

"I see people that rushed in to save me, so I have a responsibility to give back all the love and support I’ve received," she shared.

"I fell asleep at the wheel it was very late. I was at my friend’s house and I wanted to go to my mom’s house and I hit a cement barrier," she said. 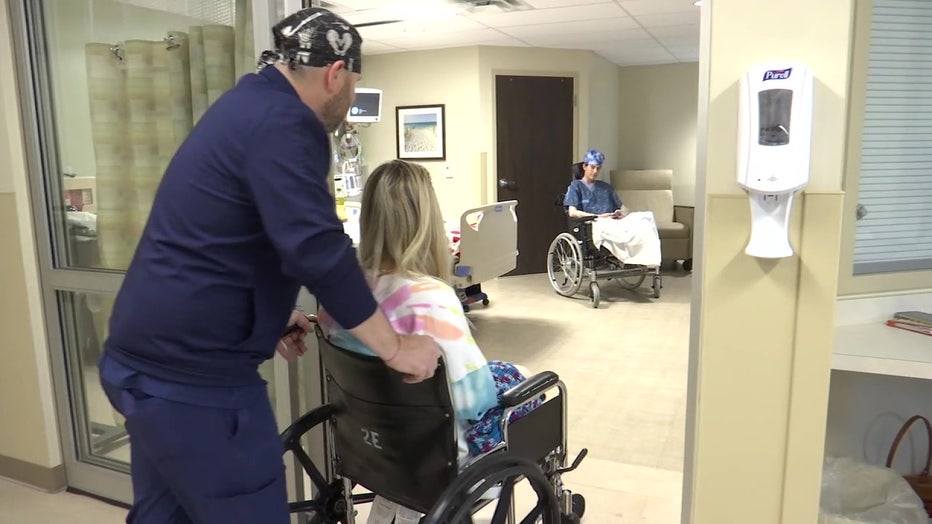 Rebekah Gregory happened to be two hospital rooms down from a teenager who just lost her legs in a car crash.

In September, Gould was thrown eight feet behind her car. She fought for her life and is now a double amputee.

"I was marked as unsurvivable, so if I can make it anyone can," said Lexi.

Gould and her parents saw Gregory as she was going into surgery. 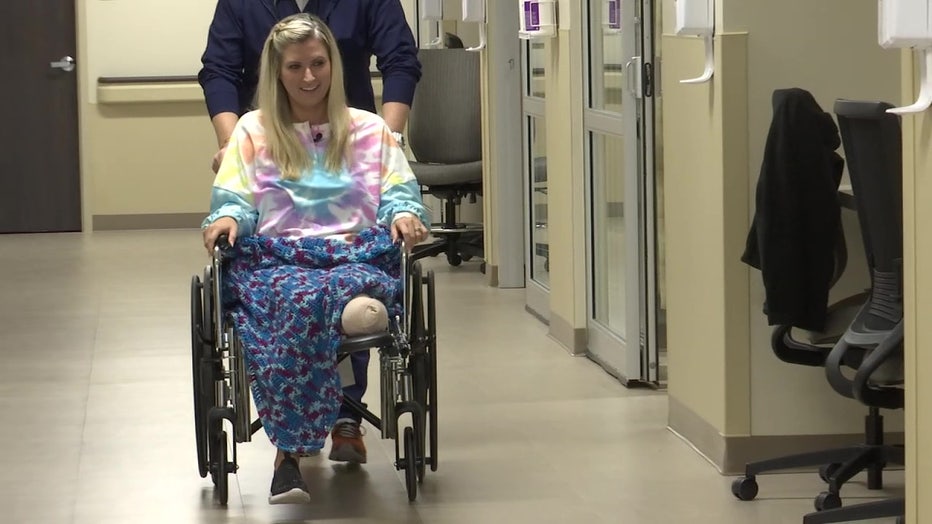 Rebekah Gregory was recently undergoing her 75th surgery at a Bradenton hospital.

"As soon as I saw her I wanted to talk to her and just having someone around that’s in the same situation type of things," said Gould.

After that, they met and Gregory’s journey has given Gould hope.

"It's helped me realize that the future will be okay and this isn’t the end of anything," said Gould.

A new friendship that will carry on past the hospital walls. 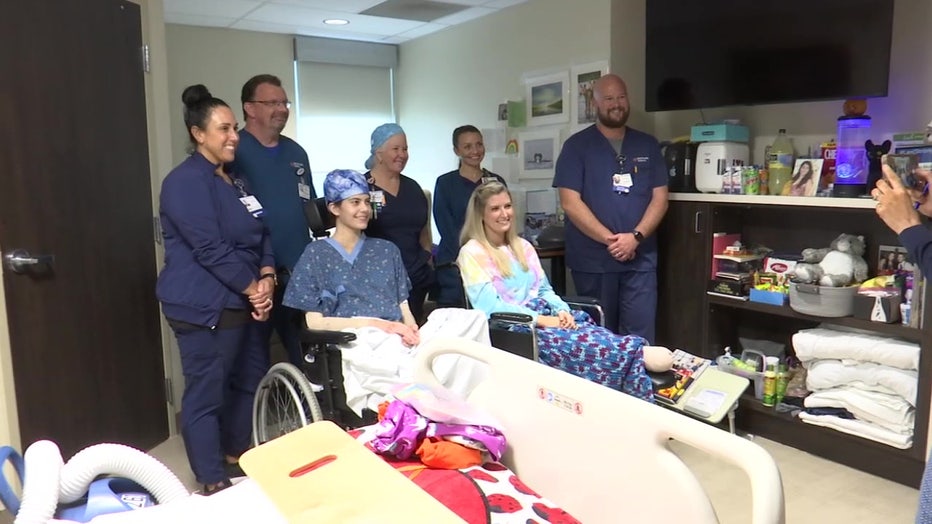 Alexis Gould turned to Rebekah Gregory for hope and inspiration after losing both her legs in a car crash.

"This is a new beginning and it’s going to be better I feel like," shared Gould.

Gould will remain in the hospital until she can undergo physical therapy.

Gould’s family has set up a GoFundme page for hospital expenses.