You don’t have to be a world-class athlete to train at a world-class facility, and that’s especially true for anyone in Tampa Bay who’s interested in getting out on the water. Chip headed down to Nathan Benderson Park to meet a team with a special bond.

SARASOTA, Fla. - Dragon boat paddling is a sport you can do right at Nathan Benderson Park, with all sorts of teams and crews available to join. But there is one team that no one truly wants to be qualified for.

Survivors in Sync started in 2013 and is a team entirely made up of men and women who have been diagnosed with breast cancer. It’s a fairly young team that was formed ahead of the 2014 International Breast Cancer Survivor’s Festival.

“It was actually the Pink Dragon Ladies of Tampa Bay that helped get us started,” explained Angela Long, the SIS coach and founder. “We got established before the festival at Nathan Benderson Park. They’ve been wonderful to us. We kept going and we’re growing stronger.”

The team didn’t dissolve after that. In fact, they participated in more competitions – and stayed in sync, together. 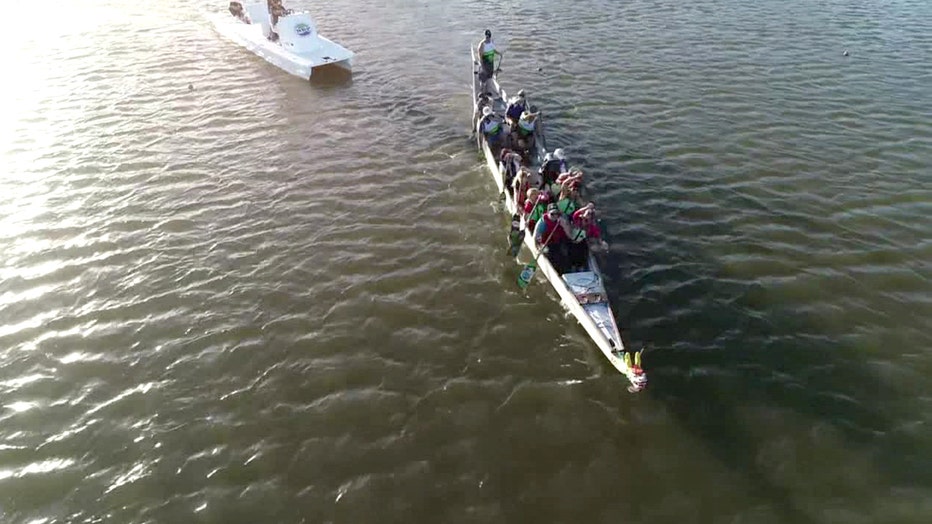 “We competed in another breast cancer festival in 2018 in Florence, Italy. We did very well. We finished fourth in the world. We’re very pleased about that,” Angela said as team members let out a loud “Woohoo!”

According to the SIS website, the team tries to educate the public about breast cancer in a positive and proactive way. They also want to promote a healthy and active lifestyle for survivors.

Angela said she understands that dragon boating may seem intimidating at first, but team members eventually get the hang of it.

“You create that muscle memory,” she explained. “The first couple of times it feels really strange, but you get used to it.”

The team practices at Nathan Benderson Park every Monday and Wednesday evenings, as well as Saturday morning. They are always looking for new members.

You can learn more about Survivors in Sync by visiting their website.

There are other dragon boat paddling teams at Nathan Benderson Park too. You can learn more by visiting the park’s website.