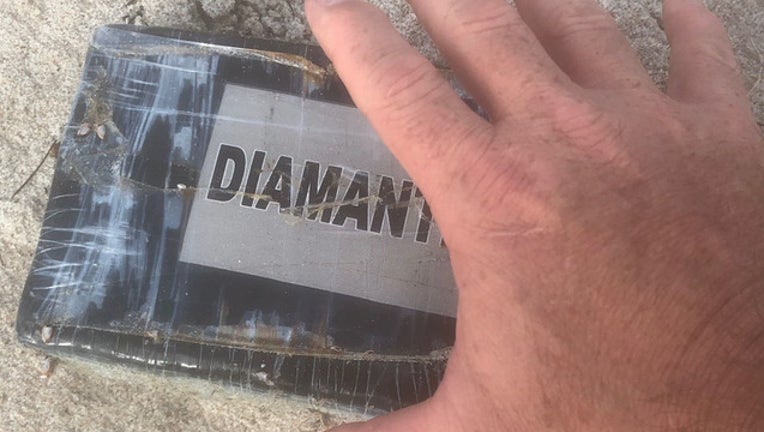 Melbourne police told FOX 35 a beachgoer found a brick of cocaine Tuesday morning at Paradise Beach Park and turned it over to an officer on patrol in the area. A field test confirmed it to be cocaine, police said.

The brick, which had the letters 'D-I-A-M-A-N-T' on it, was taken into evidence and would be destroyed, according to police.

But it wasn't the only package of drugs found on the east coast in the midst of Dorian.

According to Florida Today, Cocoa Beach police said a duffel bag stuffed with 15 kilos of cocaine washed ashore Friday, several days before the brick was discovered in Melbourne.

"There is a possibility that more will come onshore. Especially now with these conditions. It could be coming from anywhere," said Manny Hernandez, spokesman for the Cocoa Beach Police Department, to the news outlet.

Police said anyone who finds suspicious packages on the beach should contact local authorities.