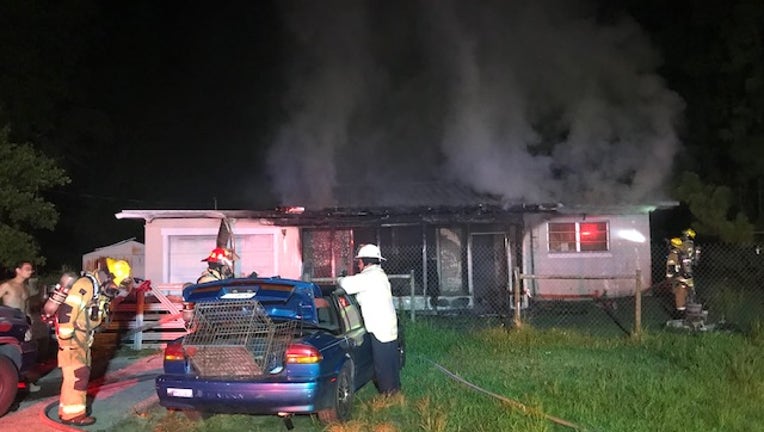 BROOKSVILLE, Fla. - A family lost their home after a fire broke out Sunday night, according to Hernando County firefighters.

Fire crews received a 911 call about the house fire, located at 5399 Broad Street, at 10:39 p.m. Initially, they said there were reports of a possible domestic situation and the fire was intentionally set.

Hernando County firefighters arrived at the home within six minutes, officials said, and found the front porch of the home was fully engulfed in flames. They said the fire spread to the home.

No one was in the home when firefighters arrived, they said, and the fire was under control within 30 minutes. One person is being questioned. 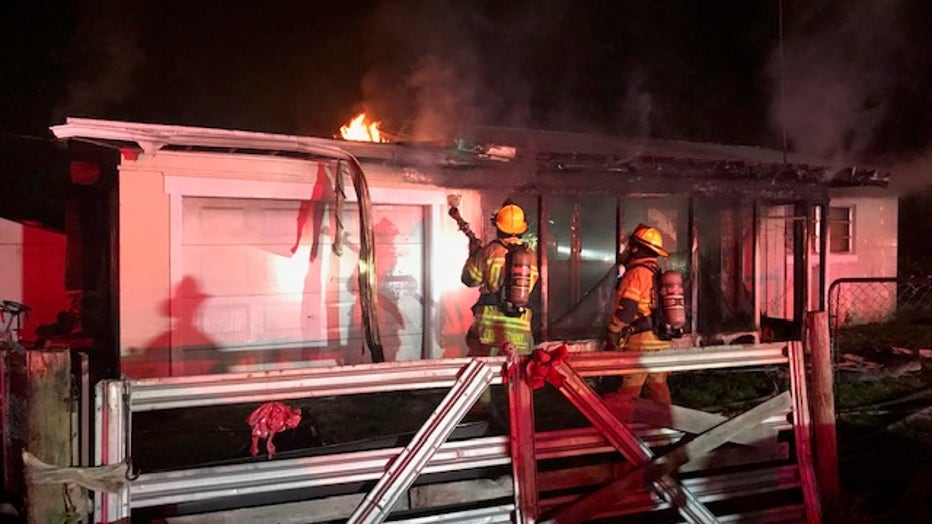 Officials said a family of two adults and three children were displaced.

One firefighter was taken to Bayfront Brooksville Hospital for a "medical emergency" while working on the fire. He was later discharged from the hospital.