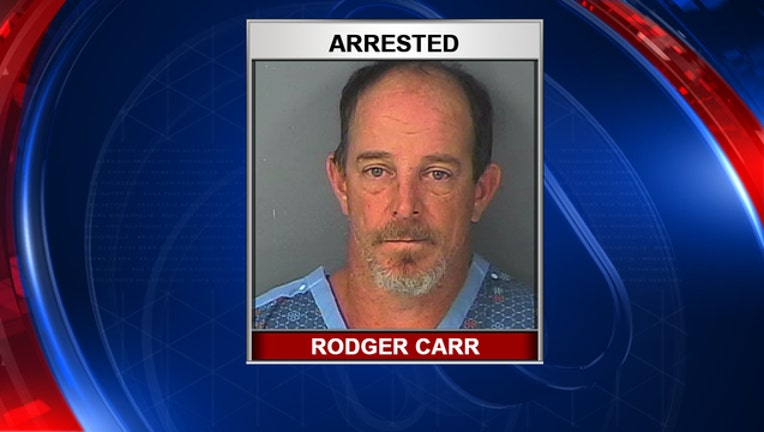 Florida Highway Patrol troopers arrested 51-year-old Rodger Carr of Brooksville. According to the agency, on Sunday after 7 p.m., Carr was speeding in his 2012 Chevrolet Camaro while heading eastbound on Centralia Road, just west of Sunshine Grove Road in Brooksville.

A second vehicle, a 2009 Honda Fit, occupied by a driver, 51-year-old Sandra Sevilla, and her passenger, 53-year-old Susan Rodriguez of Naples, were stopped at the intersection. Sevilla turned left into the path of Carr and both vehicles collided, according to a press release.

All three were transported to Oak Hill Hospital, where Sevilla died from her injuries, troopers said. Rodriguez had no injuries. Carr, who had minor injuries, was arrested for DUI.