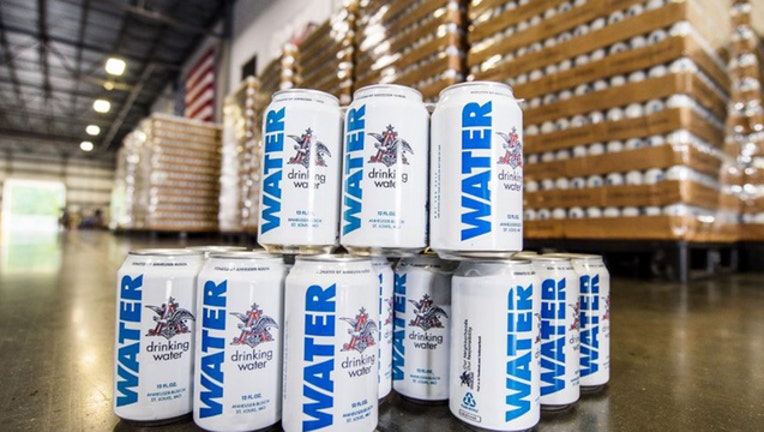 ST. LOUIS, Mo. (FOX 13) - Anheuser-Busch has made a new name for itself during times of disaster as a source of drinking water.

The company known for its top brand, Budweiser, is once again helping people in the path of disaster prepare by sending them drinking water.

In past emergencies, including devastation left by Hurricane Harvey in parts of Texas and Louisiana, Anheuser-Busch has turned its beer production lines to producing clean, safe emergency drinking water.

The company announced Friday it would help Florida prepare for the potential impacts of Hurricane Irma by sending over 310,000 cans of water to the Sunshine State.

AB said the deliveries of water began arriving Friday and would continue Saturday in Fort Pierce, Orlando, and Sarasota.

"With the help of Anheuser-Busch’s distributor partners, they will be delivered to the American Red Cross for distribution to communities in need, following an assessment of the hurricane’s impact," Anheuser-Bush said in a media release.

The water being shipped to Florida was produced at Anheuser-Busch’s Cartersville Brewery in Georgia. The facility switched from beer production to water production on Labor Day to help prepare for the potential impacts of Irma.

“We are grateful to be in a position to help communities affected by natural disasters by putting our production and logistics strengths to work,” said Bill Bradley, Anheuser-Busch’s Vice President for Community Affairs.