“Smokey and the Bandit” Trans Am steals every show

The Bandit's Trans Am was so eye-catching it essentially became one of Reynolds' co-stars.

PALMETTO, Fla. - Burt Reynolds saw it in a magazine and knew that the 1977 Trans Am Special Edition was the car for his new movie.

He also chose the colors: black and gold. The gold was the Phoenix logo on the hood and became representative of the movie's success.

"Smokey and the Bandit" is etched into the consciousness of a generation. It was a farce and a cross country thrill ride about smuggling Coors beer to people in the east.

The Bandit's Trans AM was so eye-catching it essentially became one of Reynolds' co-stars.

"No offense to the guys with Ferraris and Lamborghinis, but when we pull in, it takes over every show that we're at," says Kennedy, owner of Bandit Movie Cars of Florida in Palmetto. 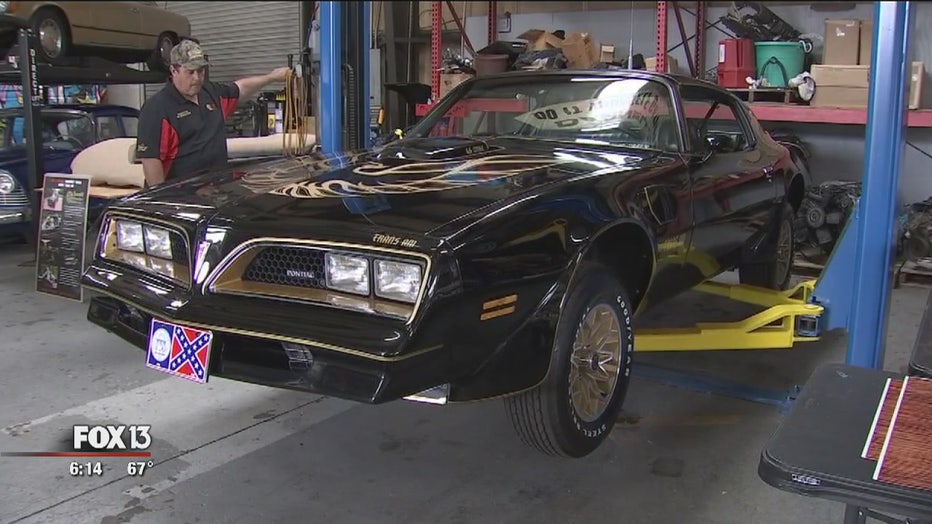 Other star cars include replicas of the Blues Brothers car, Christine, the Family Truckster from "National Lampoon's Family Vacation," and the 1971 Ford Galaxy 500 from the Reynolds movie "White Lightning."

Kennedy says Reynolds loved cars and his memory continues to be the backbone of the business. They take pride in the level of detail, down to the specially-ordered Goodyear steel-belted radials on the Trans Am.

"If you look at the movie, this is the lettering of the tire," says Kennedy.

It also has an antenna on the roof connected to a vintage Pace CB radio, just like the one in the movie.

"We'll take these cars around the country so people can see a piece of Burt's past.,a piece of movie history," says
Kennedy. 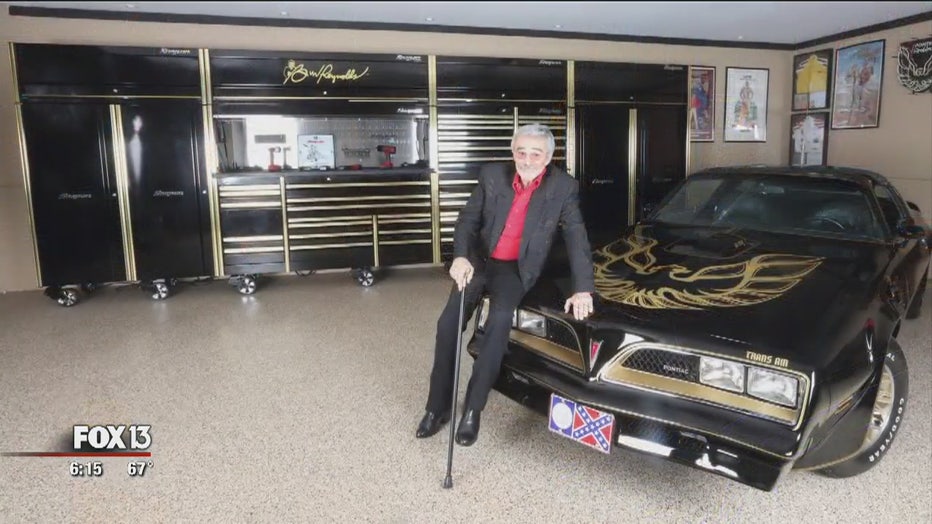 The Trans Am that was personally owned by Reynolds, along with a replica of the Pontiac patrol car that was driven by "Smokey" Jackie Gleason, and the White Lightning car will start out on a nationwide tour later this month for the World of Wheels Autorama.

Stay tuned for the sequel. Kennedy has plans to restore the 1970s Kenworth tractor-trailer like the one driven by Jerry Reed in the movie.