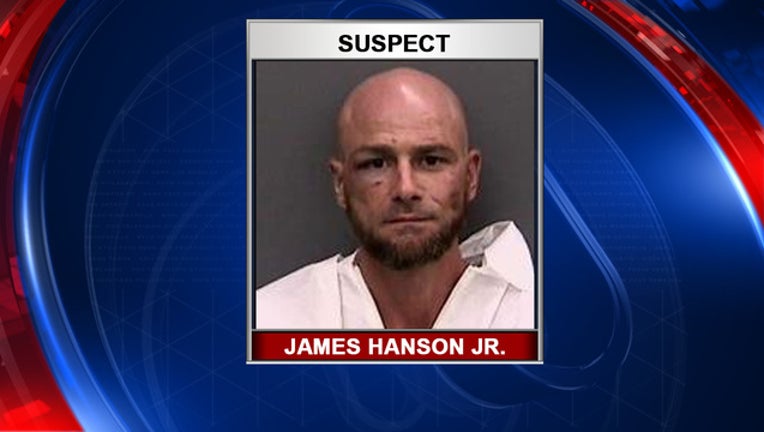 TAMPA, Fla. - The suspect accused of carjacking and murdering a man in Valrico may have suffered irreversible brain damage after he attempted to commit suicide in jail.

James Hanson Jr., 39, has been in critical condition at Tampa General Hospital since he tried to hang himself at the Hillsborough County Jail earlier this month.

Hanson was due to be arraigned Thursday for the murder of his carjacking victim, 68-year-old Mathew Korattiyil. But it was revealed in court that Hanson remains hooked up to machines and not physically able to show up for his arraignment.

HCSO spokesperson Crystal Clark said Hanson was initially placed on suicide watch when he arrived at the jail, but had been taken off of it just prior to his suicide attempt.

Hanson had been on administrative confinement, which means he was housed alone in a cell and allowed in the rec area by himself. That's where he attempted to hang himself with a bedsheet he had concealed under a towel.

"During that time, there's always a deputy who's monitoring them, checking in every so often just to make sure they're okay," Clark said. "Usually the deputy is supposed to check-in at the maximum every 30 minutes and that was the case here with this deputy. The person was going back as he should, checking to make sure nothing was wrong and we're fortunate that he did come at the time that he did."