Dan and Patti Cook's secrets for a successful reationship

PARRISH, Fla. - Dan and Patti Cook were high school sweethearts. Dan was a high school junior with a red-hot Mustang and Patti was beautiful bold teen with love on the brain, and one boy in mind.

"I asked him out. He was already going out with a girl and I broke her up," Patti said proudly.

Patty made the first move and Dan took it from there. One year later, he popped the big question in a very casual way. They got engaged at their favorite bar in Michigan over beer and bologna.

"The drinking age was 18 at the time, so we'd just go in and have a beer or two and some pickled-ring bologna," Dan said with a smile. "I figured it was the most romantic spot I could find."

They've kept the tradition going -- every year or so, they ship pickled bologna from Michigan to their home in Florida.

"You never know what she’s going to do. I like her wild side," Dave laughed.

"He’s very easygoing. He puts up with me," Patti replied.

When it was time to plan their wedding, Patti made it easy.

"I said I always wanted to get married on a holiday so he doesn’t forget my anniversary," Patti said playfully. 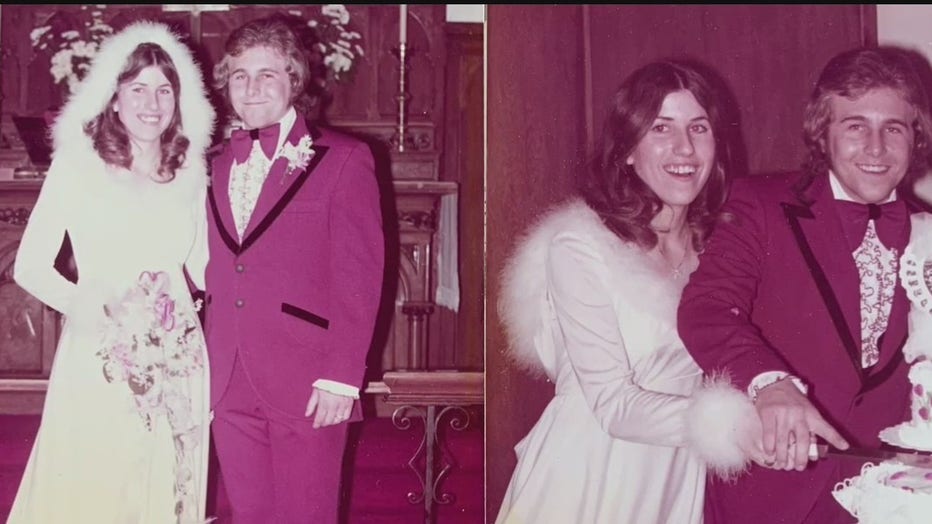 So, that's what they did. Patti and Dan said their 'I dos' on Valentine's Day in 1976. Sure, it was convenient, but Dan would never forget their special day.

"Every six weeks or so he'll stop at Publix and get a great big bouquet and bring it home. Then I post it to my sisters and get them jealous," Patti said.

The couple says a successful relationship is all about give and take.

"And always kiss before you go to bed," added Patti.