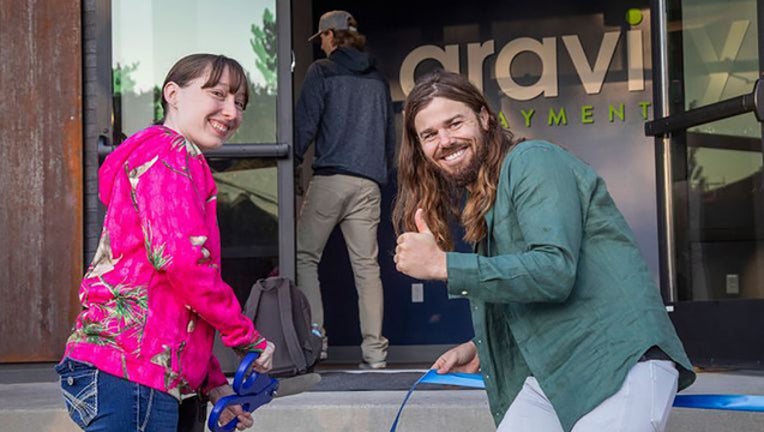 NEW YORK (FOX 5 NY) - A credit card payment processing company cut the ribbon on its new office space in Idaho with a surprise raise for its employees.

"Because we’re also excited to announce that all of our Boise employees making less than $70,000 a year will be put on a plan to increase their salaries to $70K by 2024," according to a post made Tuesday on the company's website.

Those employees would immediately receive a $10,000 increase.

Dan Price, the founder of Seattle-based Gravity Payment, has a history of surprising his employees with raises.

The proponent of income equality first made headlines in 2015 for raising salaries to $70,000 for all employees at the company's headquarters.

"We’re building something special — an insanely accessible company that champions the little guy and gal in pursuit of the American Dream," Price said.

To make this happen, Price reportedly took an 80 percent pay cut, lowering his salary to $130,000.

"I'm actually taking my salary down to the minimum salary until our profit does go back up to where it was before we made this policy change," said Price at the time of the announcement in Seattle.

He describes the company as a champion of "the little guy and gal in pursuit of the American Dream."

The impact of the raises on the employees and the company since the initial announcement in 2015 include a baby boom due to parents feeling more financially stable and shortened commute times for some employees who moved closer to work, according to the company blog.