Curtis Stone will join Season 11 of MasterChef: Legends as a guest judge Wednesday, where home cooks have only 45 minutes to impress iconic chef and host Gordon Ramsay.

LOS ANGELES - Curtis Stone is keeping busy in the kitchen, not only as a Michelin-starred chef, but also as a guest judge on two FOX shows: "MasterChef: Legends" and "Crime Scene Kitchen."

Stone will join Season 11 of "MasterChef: Legends" as a guest judge Wednesday, where the next round of home cooks have only 45 minutes to impress iconic chef and host Gordon Ramsay.

"It’s one of those very inspiring shows that gets people really interested in cooking, whether you're a home cook or wonderful chef. People from different walks of life come together to try and impress the big man Gordon," Stone told FOX Television Stations. "It was really, really fun to be a part of this season."

"MasterChef: Legends" will continue its second round of auditions Wednesday, where the contestants battle it out in hopes to receive one of the coveted, final nine aprons to continue into the competition. 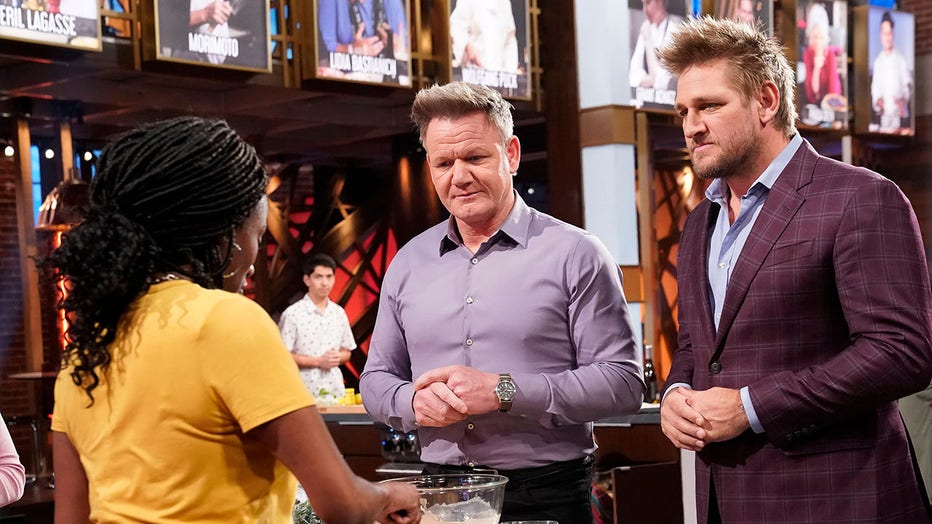 And Stone should be quite familiar with legendary status himself, as a well-known Los Angeles-based Michelin-starred chef, restaurateur, author and culinary entrepreneur.

"I think cooking is equal parts technique, which comes with practice and comes with knowledge, as well as the creative side, where you got to develop, got to rely on your palate the way you taste things a lot. You have to have that balance," Stone said of becoming a culinary icon. "I get up every morning excited to get into the kitchen, so I think when you have that passion, then it comes pretty naturally."

RELATED: Jamie Foxx, daughter reveal contestants will have chance to win up to $2 million on Season 4 of ‘Beat Shazam’

The chef owns two restaurants in Los Angeles, Maude and Gwen, named after his grandmothers. Maude was awarded a Michelin star in the 2019 Michelin Guide for California.

"Maude was my dad’s mom, and she was an incredible cook, and she taught me lots. She came from England and everything was quite fancy in her house," Stone shared. "Both of my grannies were very instrumental in my career, and I love them very much, and I know they’re looking down on me from somewhere up there and pretty proud of the restaurants that I created in their honor."

Stone revealed one thing the coronavirus pandemic taught him as a restaurant and business owner: resiliency.

"I think you got to work really hard and you got to do everything you can to try and make it work, and that’s what we’ve done, and I think we’ve been pretty successful," Stone said.

Stone also judges the baking reality competition show, "Crime Scene Kitchen," where teams of two are challenged to scour the kitchen for clues and ingredients to figure out what was baked. Next, each team must duplicate the recipe based on their guess.

Hosted by Joel McHale, Crime Scene Kitchen is an all-new baking competition complete with a unique twist. The show premieres Wednesday, May 26 on FOX.

"These bakers were so good at guessing the clues," Stone revealed. "Sometimes the best bakers didn’t necessarily become the best guesses."

You can watch "MasterChef: Legends" and "Crime Scene Kitchen" Wednesday evenings on FOX.