ST. PETERSBURG, Fla. - The newest restaurant opening in St. Petersburg is Chick’n Cone, and it’s just what it sounds like: Chicken in waffle cones. The global franchise has brought its unusual conical culinary concoctions to St. Pete; their grand opening is this weekend.

Hall and co-owner Kyle Blanchard tell FOX 13 News that they saw the concept in New York City and decided to bring it back to St. Pete.

Starting at 11 a.m. Saturday, you can get cones filled with air-fried chicken in one of six flavors; Buffalo bleu, traditional BBQ, Carolina BBQ, ranch-sriracha, cinnamon maple, and peri-peri, which is a South African chili sauce. 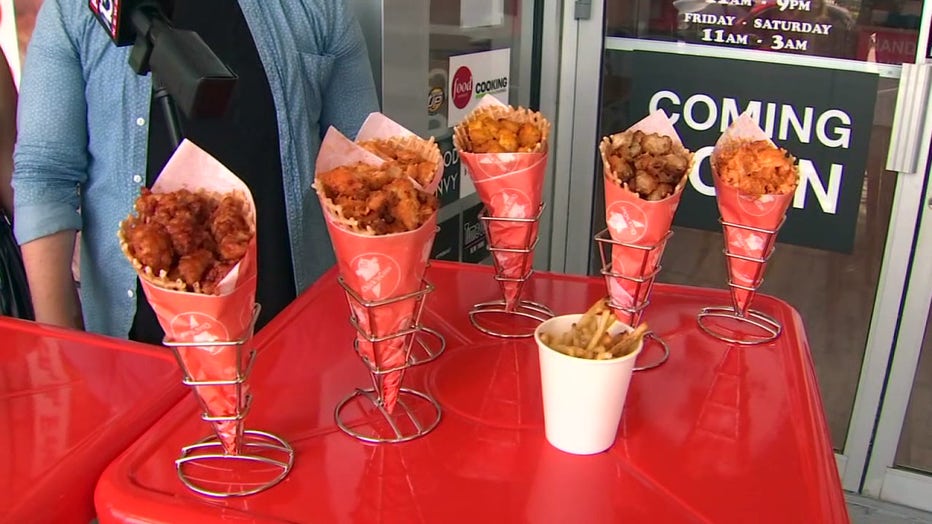 “Our peri-peri sauce is a very, very spicy hot sauce. It has a little bit of garlic in there,” Hall continued. “If you have the need for heat, that’s it.”

And to wash it all down, the restaurant serves up some of St. Pete’s famous craft beer, but even that is done in its own unusual style. 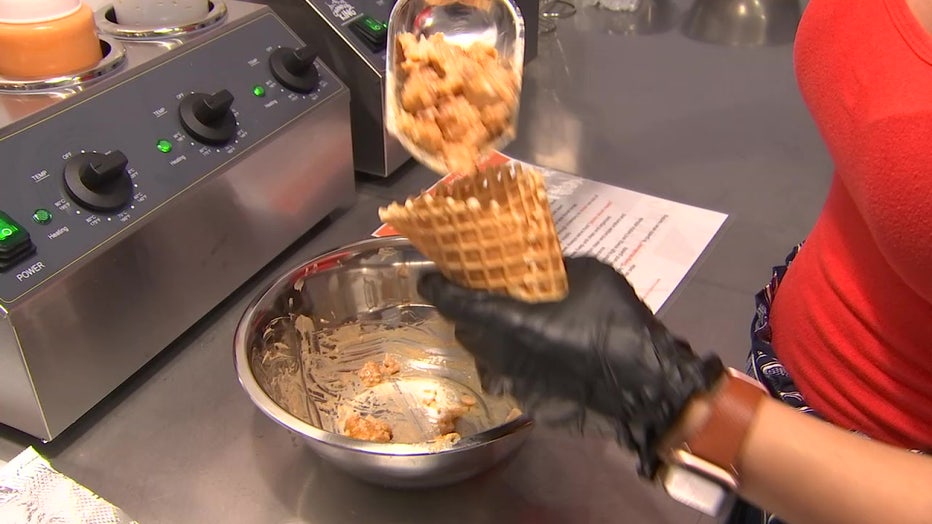 “That’s bottoms-up beer,” Blanchard said. “Typical bars use the pour-over with the regular tap, and a lot of time, we get a lot of waste from that. But our bottom-up beer keg fills up right from the bottom and there’s no waste – 16-ounce cup gets 16 ounces.” 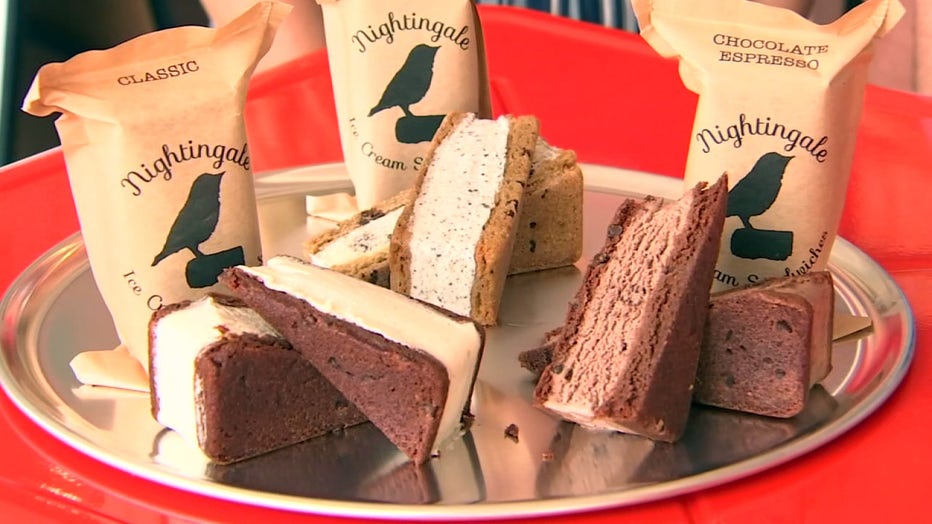 The location is 425 Central Avenue in St. Pete.