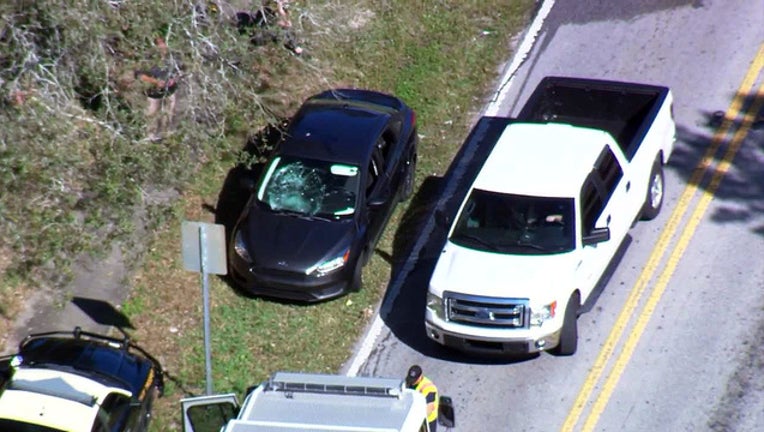 SPRING HILL (FOX 13) - A child was hit by a car in Hernando County, deputies said.

The accident occurred at Landover and Northcliffe boulevards in Spring Hill. According to the Florida Highway Patrol, a 21-year-old female driver was heading eastbound in the outside lane of Northcliffe Boulevard. A 12-year-old boy waited for the walk signal to indicate he had the right of way to cross Landover Boulevard and proceeded through the intersection, troopers said.

The driver said she began to turn right onto Landover Boulevard and struck young boy. He was airlifted to a nearby hospital but his condition was not immediately available, according to the Hernando County Sheriff’s Office.

The driver stayed on the scene and was cited for failing to yield to a pedestrian.

Stay with FOX 13 for updates