TAMPA, Fla. - The Bay Area will experience its coldest Christmas Day since 1995 – but first, there will be a line of storms to get through on Christmas Eve.

For the most part, Thursday will have pleasant weather, but after sunset, those storms will be moving through with a cold front in tow. There is a chance for marginal risk for the region, says FOX 13’s Dave Osterberg.

"Past couple of cold fronts that have come through the area have sparked of course. We had that EF-2 tornado the first time, we had some isolated severe storms last time. Just a heads up for you, folks," he explained. "Every cold front is different. We have that marginal risk for a severe storm or two, if it happens it would be after the sun goes down."

Then, there will be colder air behind that. 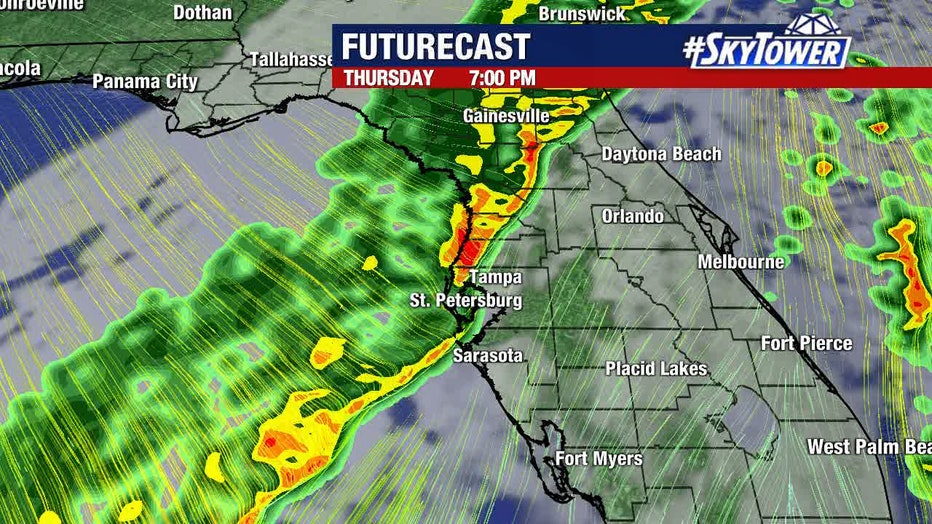 "It’s the coldest Christmas Day in 25 years, folks. We’re going to start in the 40s and end in the upper 50s," Osterberg said. "For you transplants, like myself from the north who have been here for quite some time, it’s kind of cool to have a cold Christmas Day." 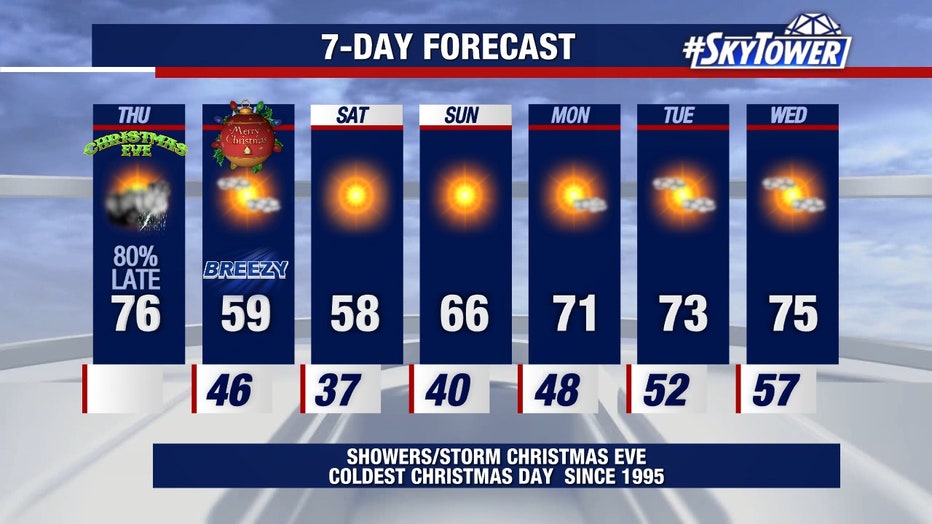 The coldest Christmas Days on record for Tampa were:

On Saturday, the Bay Area will wake up to cold wind chills.

"And perhaps freezing temperatures from I-4 north," Osterberg said. "That’s a heads up for you now."

He added that he wouldn’t be surprised if there are some freeze watches and warnings issued for Saturday as well.