PINELLAS PARK, Fla. - Cleanup started after Wednesday's tornadoes left a trail of destruction between Pinellas Park and Polk County, with residents and business owners having to continue to assess the damage and all that was lost.

The first tornado caused significant damage in Pinellas Park where at least 25 buildings were damaged along Endeavor Way. Even an 18-wheeler was knocked to its side and roofs from large buildings were seen resting against fences.

A residential area on North Elmhurst Drive, just south of Bryan Dairy Road, experienced some of the worst destruction. Trees were down, and several homes and vehicles were damaged. 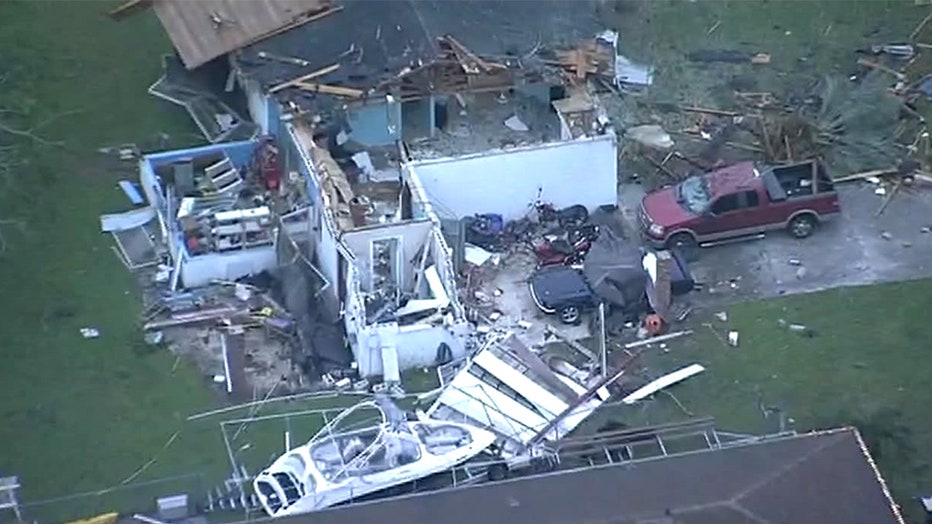 After inspecting the damage Thursday, the National Weather Service's Tampa Bay office classified the tornado as an EF-2 with 125 mph winds. It stayed on the ground for over 13 miles and was 300 yards wide at its maximum, they said. 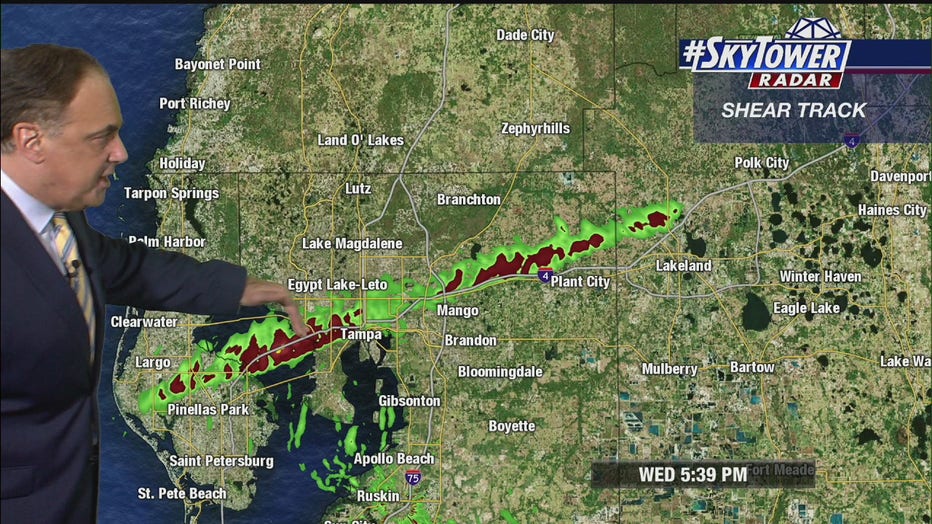 Paul Dellegatto maps out the radar-indicated shear along the storm's path.

People in the neighborhood described the moment the tornado hit as sounding like a freight train coming through.

For Karol Singleton, her neighbor's tree came down on top of her home and her vehicle. She was inside when it occurred but wasn't hurt.

Larry Dallabetta was working in a recycling warehouse in Pinellas Park when a tornado passed by, throwing debris everywhere.

"The wind was so unreal. The windows felt like they were buckling," Singleton said. "It was scary, but it was over so quick, about 45 seconds to a minute."

Pinellas Park police said there were no reports of serious injuries. 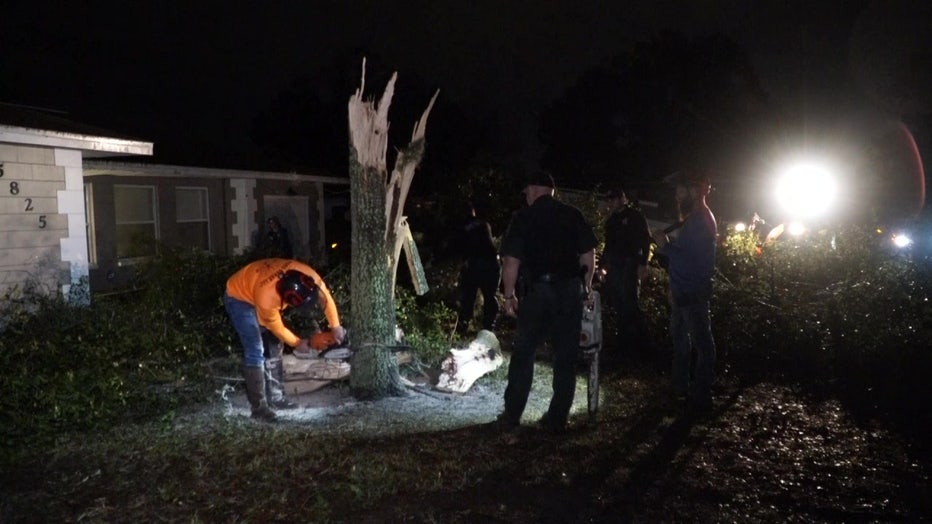 After the storm passed, cleanup quickly began. Within the hour, chainsaws could be heard for miles, clearing the trees that fell across driveways and roads. That cleanup continued Thursday.

The storms also caused some massive power outages for parts of Pinellas. The tornado tore down utility lines and snapped poles. Crews with Duke Energy worked throughout the night to restore power. At its peak, about 14,000 customers were in the dark.

Officials said the storm caused significant damage to the electrical grid and more than 25 power poles now need to be replaced or repaired.

Over in Polk County, the same storm damaged a few homes along Daughtery Road in Gibsonia, just north of Lakeland. Two of the three homes are now uninhabitable, according to the sheriff's office. 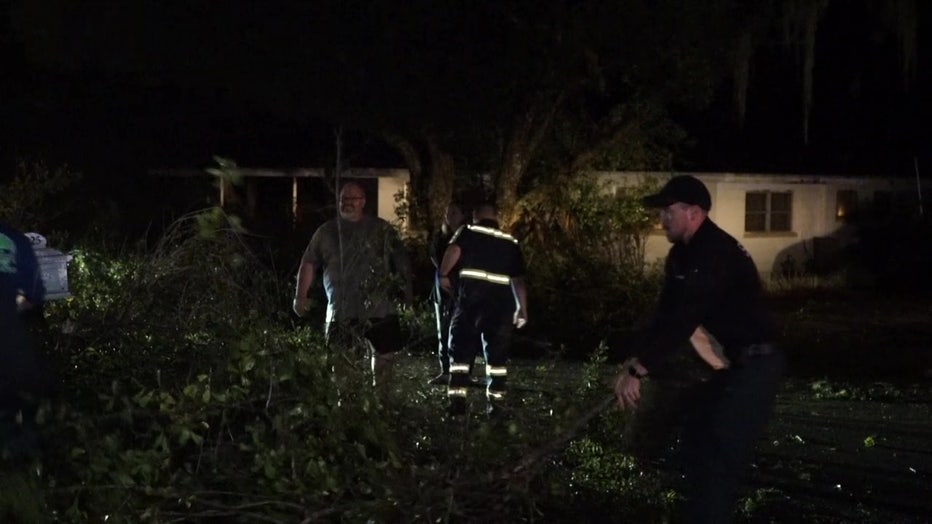 "We don't typically see tornadoes this strong except during an El Nino winter, but this is a La Nina winter, so this is very odd at the way it set up yesterday," explained FOX 13's meteorologist Dave Osterberg. "With a marginal risk this was definitely not expected but it can show you that any cold front with this kind of energy could do this so." 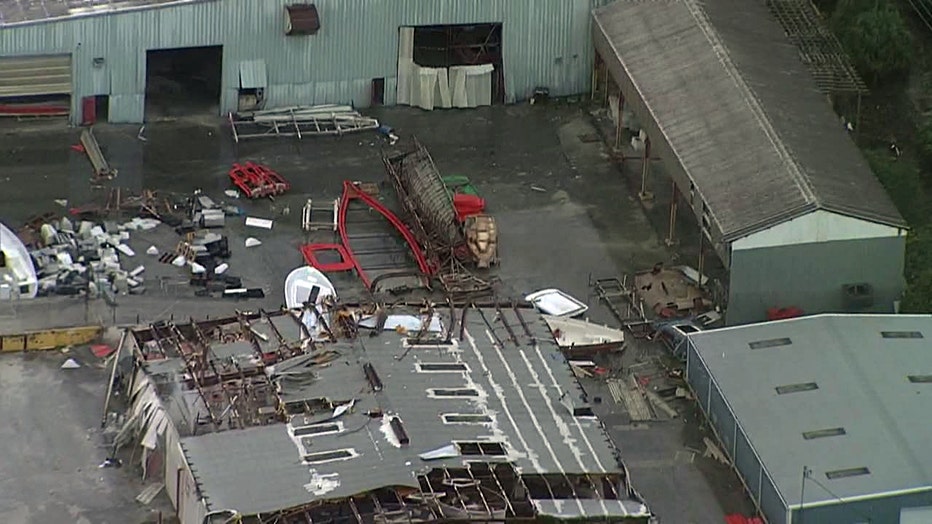 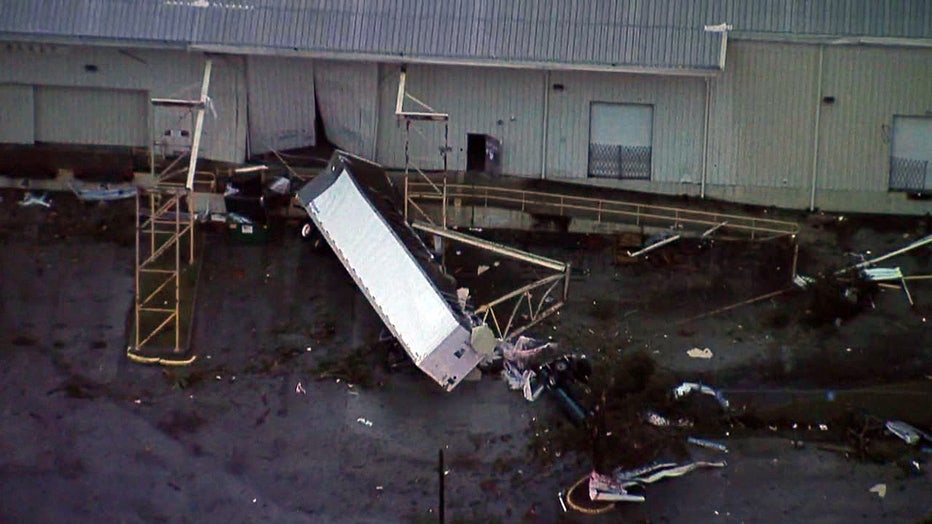 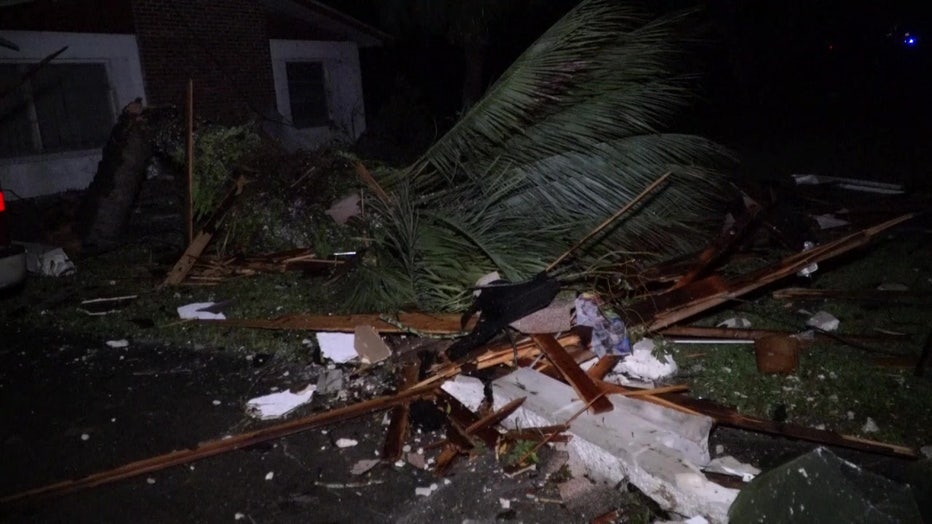 Debris after tornado in Polk County 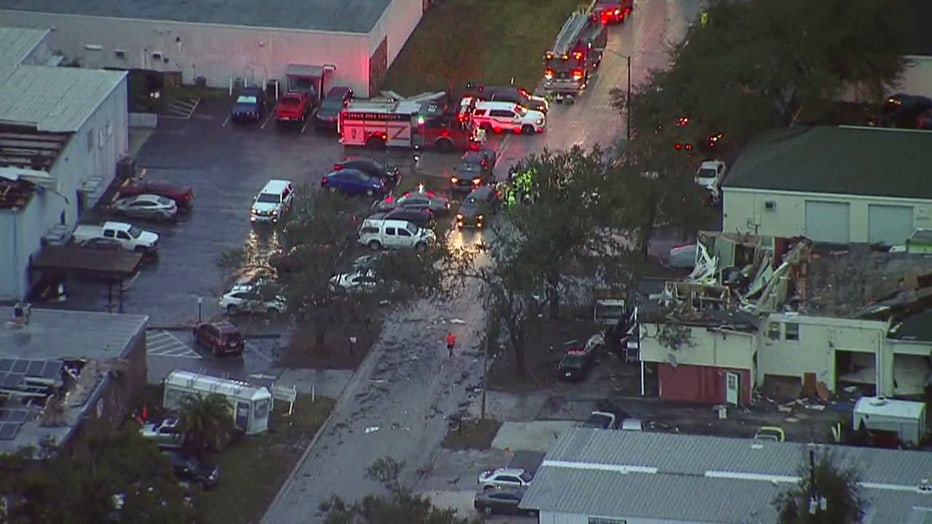