TAMPA, Fla. - Some bad news for Tampa residents who rely on the city's on-demand ride service, Downtowner. The group that helped launch the service announced on Friday that the almost-free rides, which recently began charging $1, are coming to an end as funding runs out.

"We would just order up the Downtowner on the app and it would take us home," explained longtime passenger Daniel Gerard, who hasn't owned a car since before moving to Tampa from Boston. "City living- you don’t need a car. Every week for the past three years, I take (Downtowner) to go to the Publix and then back from the Publix with my groceries."

Downtowner also operates in Savannah, Georgia and Aspen, Colorado. The developer describes its service as "an eco-friendly, on-demand ride service changing the way you get around town. Tell us where you’re headed to view the wait time. Then, just tap to request! From there you can track your driver's progress. We'll let you know when they get close. Ride anywhere within our service area." 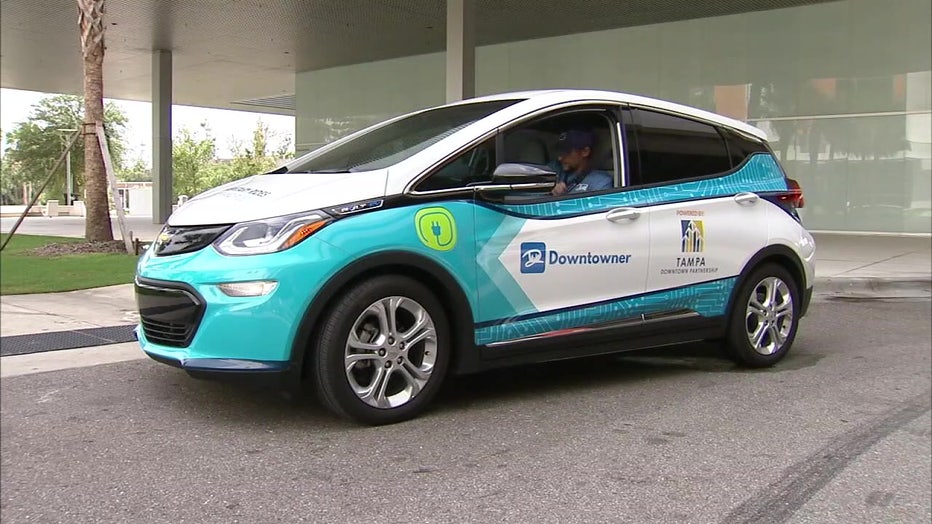 Users can request rides through the Downtowner app. The cars are 100% electric and run seven days a week within Downtown Tampa’s business district, Channel District, River Arts District, the University of Tampa area, as well as the non-gated north end of Harbour Island.

"The downtowner is a free service- although they did start charging a dollar in January per ride from door to door, which, I’m glad to pay a dollar because it’s totally worth it to me," Gerard said.

But this week, the Tampa Downtown Partnership, which piloted the service in October 2016 said that there is no money left to keep the rides running. The service is set to shut down on April 30.

"I know of a lot of people that depend on it like I do," Gerard said of the micro-transit service.

While he still hopes Tampa's Downtowner program can still be saved, he told FOX 13 News he is now planning to pay to get his groceries delivered or to take an Uber to the store. 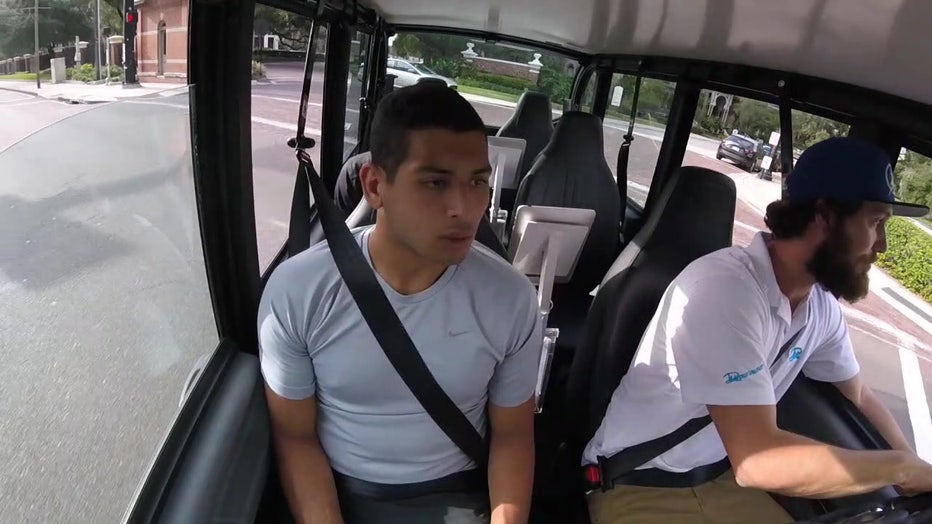 While we don't have the latest numbers on Downtowner ridership, in its first two years-- the program moved nearly 370,000 passengers throughout Downtown Tampa, averaging 500 per day, according to the Tampa Downton Partnership.

"The downtowner was something that kind of gave us a little something else that we could use to get around the city," Gerard said.

In a statement sent to FOX 13 News on Friday, a spokesperson for the Tampa Downtown Partnership said the group hopes either the city or HART, which took over funding for the service in 2019, will eventually find a replacement service for Tampa's downtown.

The Downtowner recently sent passengers a notice informing them that the service is coming to an end. The notice asked riders to respond to the email with their opinions, which may be shared with the city of Tampa and the Hillsborough Area Regional Transit Authority (HART).