Courts may have to decide fate of transportation tax funds

TALLAHASSEE, Fla. - The state’s highest court may have struck down their penny tax, but All for Transportation’s Tyler Hudson says the organization is looking to the future.

"We know it’s what the people want- and this is the Tallahassee takeback- it’s four judges in Tallahassee against 218,000 people and we respect their decision but that is not the end of the story today," Hudson said in a press conference Thursday.

Justice Charles Canady writing in his opinion, "The spending directives are unconstitutional in that they conflict with state law that gives the county commission the authority to allocate such funds." He went on to write, "Because it cannot reasonably be said that the voters would have approved the tax without the accompanying spending plan, we must strike the charter amendment in its entirety.

The commissioner who filed the lawsuit against the tax in December 2018, Stacy White, called the ruling a victory.

"This convoluted referendum was authored by interests consisting of a small number of individuals who said they had it legally vetted," White said. "I challenged this because it was apparent to me it violated state law."

Tampa’s transportation department mobility director, however, says the decision is a massive setback.

"At this time we don’t know what’s going to happen with the funds that have been collected, we’re still trying to determine the outcome of the ruling," Vik Bhide said.

Right now, $502 million has been collected since the tax began in January 2019 and has been transferred to six different entities: Hillsborough County, the City of Tampa, Plant City, Temple Terrace, The County’s Metropolitan Planning Organization and the county’s transit agency, HART. All of that remains unspent.

HART has the biggest chunk – just over $214 million. In a statement today, HART said, despite today’s ruling, "HART’s challenge in our mission – funding – does not change. We continue to do more with less – as one of the most underfunded transit systems per capita in the country.

As for all of the county and city’s projects that were in the works? Bhide says those will no longer happen. 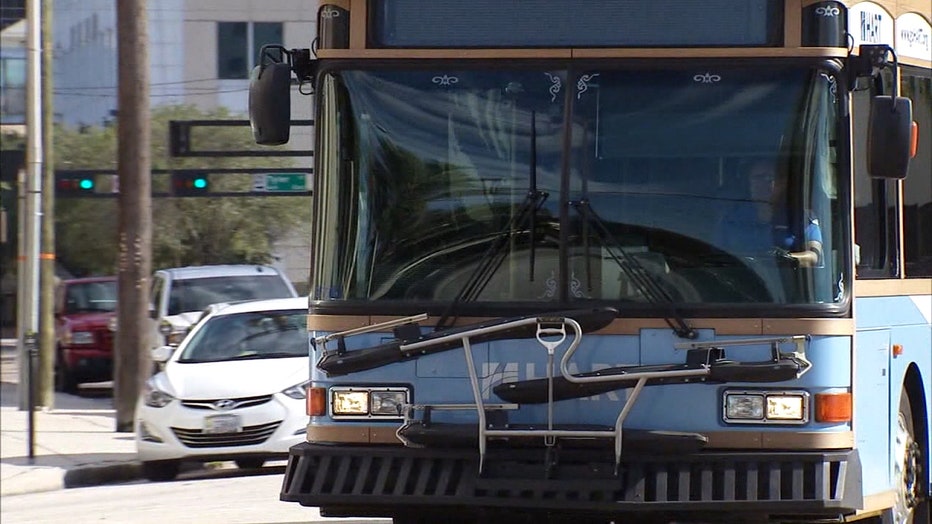 "Ever since the surtax was approved, all of the Hillsborough County agencies including the city had put together plans on how to meet the transportation needs and fill the gaps that we haven’t been able to fill for a generation now," Bhide said.
Hudson and his co-chair, Christina Barker say they plan to try again with a reformed amendment on the ballot come 2022. But they’re going to ask the county commission to do it.

"The Florida Supreme Court basically said that citizens cannot say how they want their tax dollars to be spent, but that’s purely within the realm of the power of the county commission," Barker said. "So we want the county commission to put back on the ballot what the voters voted on and passed in 2018."

Fox 13 News asked Commissioner White how he felt about this plan.

"I am of the opinion that we have not made transportation a priority in the county budget," he said. "We need to tighten our belts and make transpiration more of a priority in the existing budget. Then and only then should we be having conversations about additional sales tax."

All for Transportation says their next step is receiving more clarification from the Florida Supreme Court on when the tax will stop, and what to do with the funds collected.