Citrus County couple's quarantine ends; another one to start

YOKOHAMA, Japan - After 12 days of quarantine aboard the Diamond Princess cruise ship in Japan due to coronavirus, a Citrus County couple is among 300 other Americans flying back to the U.S. aboard two State Department-organized flights.

Video shot by passengers shows the inside of the cargo plane now carrying U.S. citizens back to the United States.

"They're thrilled to have access to U.S. doctors and get a handle on the whole situation, but mostly thrilled to be finally off the boat," the Courters' daughter, Ashley Rhodes-Courter, said. 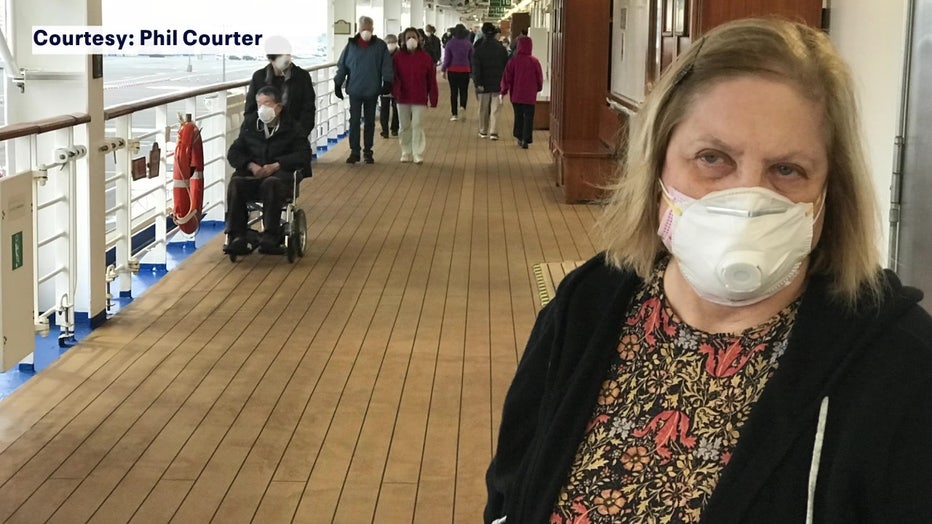 Since February 4, the Courters have been quarantined to their cabin, receiving daily meals delivered by the staff.

Early Sunday, they learned they were among the Americans chosen to leave and were only given a short amount of time to their pack their belongings. 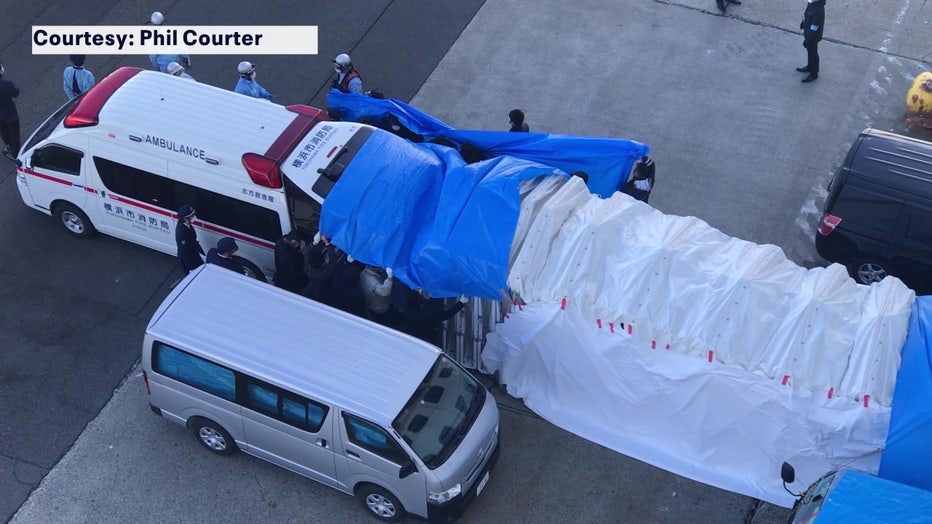 Video shot by Phil Courter shows passengers being loaded into an ambulance from the ship. Later, everyone was taken in buses to the chartered flights.

Days of uncertainty are finally coming to an end, but Rhodes-Courter says health concerns are still top of mind.

"They were taking lots of vitamin C and anything they possibly could to try and combat what they can internally so at the moment they're feeling healthy," explained Rhodes-Courter. 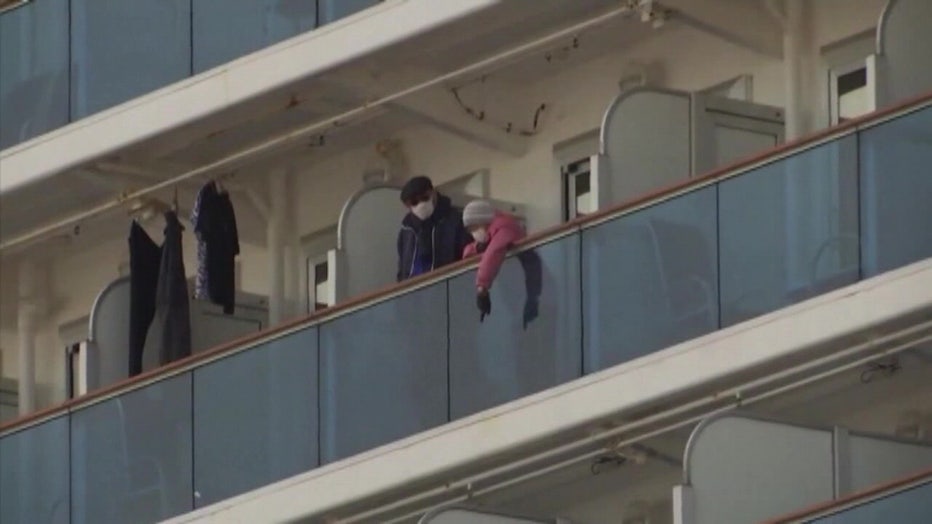 As of Sunday night, at least 44 Americans are among the 355 people aboard the ship, testing positive for COVID-19.

According to the State Department, only asymptomatic passengers were allowed to board the planes. The Courters are now worried about the Americans still aboard the ship. 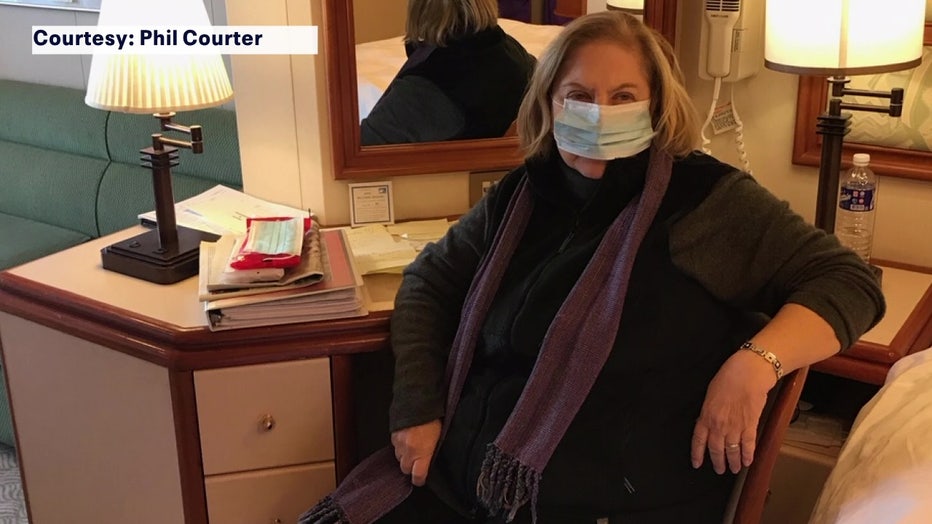 "It's very sad,” Rhodes Courter said. “There are still Americans that could not leave on this rescue mission, if you will, because their results were positive."

It's still unclear where the planes will be landing. The Courters were told they could be heading to Travis Air Force Base near Sacramento or Lackland Air Force Base in San Antonio.

Once they arrive on base, they'll begin another 14-day quarantine. As of right now, their daughter says they don't seem to be showing any symptoms.