TAMPA, Fla. - The University of South Florida's new downtown medical school officially opened Wednesday. The $189 million, 13-story building is the largest state investment in any university facility in the history of Florida.

It's also a cornerstone of Tampa's Water Street downtown transformation.

"Sheer joy just goes through my mind, knowing that we're creating a world-class city here in Tampa, and doing it in a thoughtful manner," said Tampa Mayor Jane Castor.

Several hundred people, including dozens of dignitaries and politicians, attended the ribbon-cutting. The striking, glass building is over 300,000 square feet, including new laboratories for dozens of new heart disease researchers and millions of dollars worth of computers.

The connective technology allows teachers and students to communicate within the building and around the world. It also interfaces with the latest medical simulators used to train doctors and other health professionals. Students say the building allows them to be together instead of split between classrooms in North Tampa and the teaching hospital in Tampa General.

"We get to grow together, we get to live together, everything kind of comes together in this building," said medical student Amy Mickelsen. 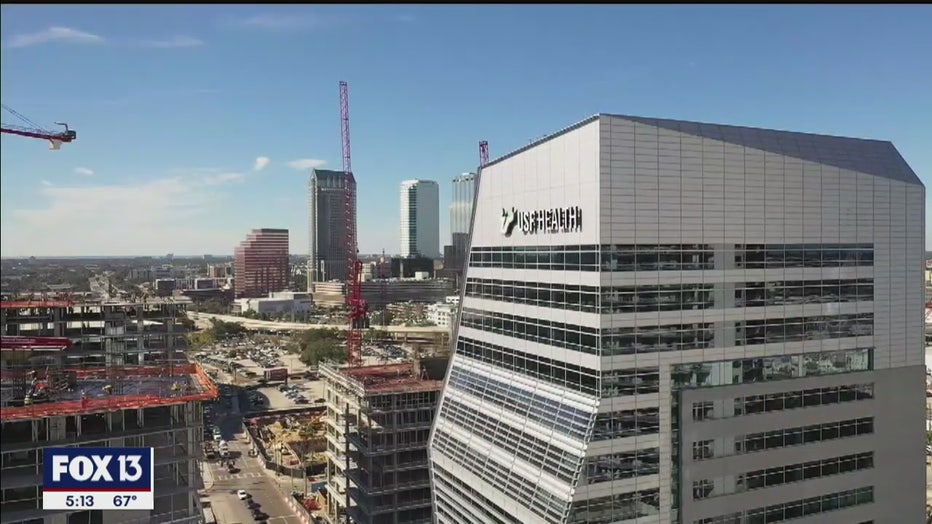 The new medical school was built in 900 days, but the push started a decade ago when philanthropist Frank Morsani donated $20 million to get it started.

"It's all transformational," said Morsani, who was honored at the ribbon-cutting. "We're just so glad we could be part of it."

Classes in the new medical school will begin Monday, Jan. 13.