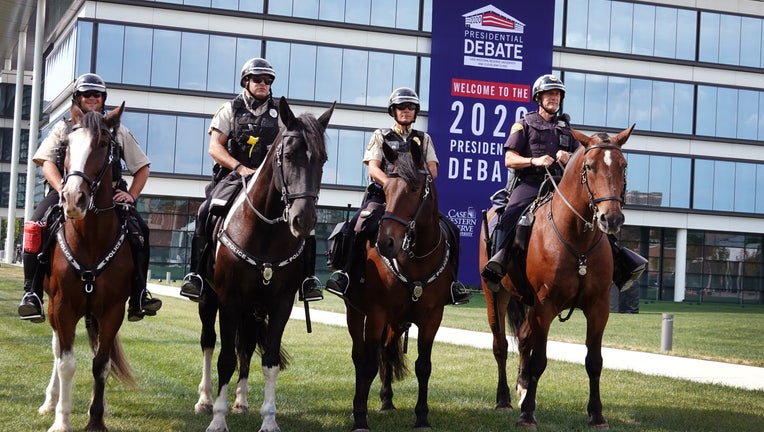 CLEVELAND, Ohio - Some Cleveland businesses aren't taking any chances ahead of Tuesday's first presidential debate and have started boarding up storefronts and offices over concerns of possible unrest coupled with a contentious election season.

"This is some concern based on all of the folks with all of the different ideologies that will be coming to town, and if they will direct that energy toward themselves and / or if they will do toward personal property," Cleveland Councilman Blaine Griffin told Fox News.]

Related: Here's how to stop receiving those political text messages on your phone

President Trump and former Vice President Joe Biden are set to square off at the Health Education Campus at Case Western Reserve University and the Cleveland Clinic in the first of three debates before the Nov. 3 election.

Griffin represents Ward 6, the Fairfax neighborhood where the event will be held. Given the unrest that has gripped the country in recent months, it has some businesses in the area on alert and taking precautions. Officials at the United Cerebral Palsy of Greater Cleveland, which sits across the street from the Cleveland Clinic, have raised concerns.

"We have been assured that our building will be protected,” CEO Patricia Otter told WKYC-TV. “But we are very worried about vandalism.”

Griffin said most residents and business owners are excited for the debate to held in the city but that worries still linger. He cited a May 30 event days after the death of George Floyd that started off peaceful but devolved into rioting as marchers made their way downtown.

"There was palpable anger and that anger is still here," Griffin said. "We support anybody's right to protest and do what they need to do but we just don't want any harm to personal property."

To keep residents safe, the Cleveland Police Department will close certain roads and increase its presence as well as be joined by state and federal law enforcement personnel.

"What May 30 taught us is that peaceful protests can go in a different direction in a short period of time," Eric Smith, Special Agent in Charge Cleveland FBI, told WEWS-TV.