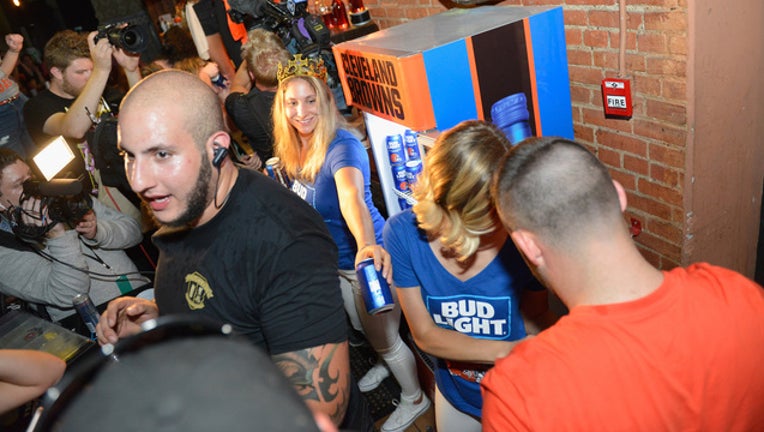 A view of atmosphere as the Bud Light Cleveland Browns Victory Fridges unlock across the city as the Browns earn first win since 2016 on September 20, 2018 in Cleveland, Ohio. (Photo by Duane Prokop/Getty Images for Bud Light)

(FOX NEWS) - The good people of Cleveland were treated to thousands of cans of free Bud Light on Thursday night in honor of the Browns finally winning a game against — well, anyone, in a very long time.

Fans in Cleveland reacted with enthusiasm following their team's 21-17 win against the Jets, and also to news of the free beer, but it was perhaps the Cleveland Division of Police that won Twitter with its reaction to the end of the city's losing streak.

Anheuser-Busch originally announced in August that they would be placing “Victory Fridges” stocked with around 200 Bud Lights each at various bars throughout Cleveland, and would automatically unlock those fridges — via a Wi-Fi connection — after the Browns won their first regular-season game. The refrigerators were also to be placed at Cleveland’s FirstEnergy Stadium, a press release explained.