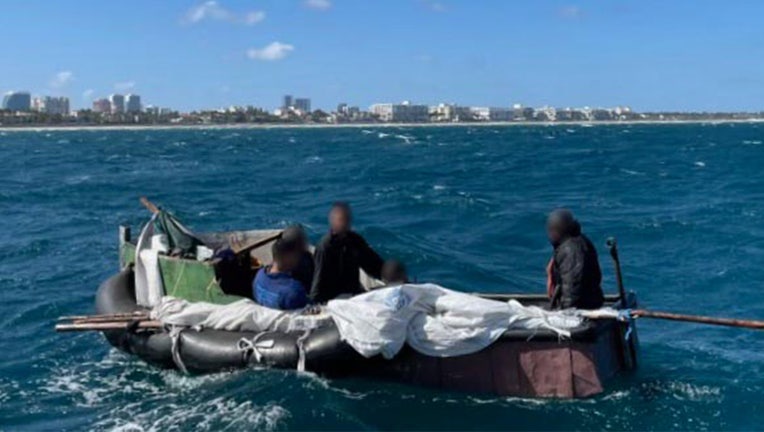 MIAMI, Fla. - The U.S. Coast Guard rescued five Cuban men who said they had been floating at sea in a small raft for 16 days.

The agency said on Twitter late Sunday that the men were 2 miles (3 kilometers) southeast of the Lake Worth Inlet, near the Port of Palm Beach, when they were picked up. Images posted on the official Twitter account show the group of men in the makeshift vessel wrapped with a black tube and a piece of white cloth that appears to be have been used to sail the raft.

The Coast Guard has not said whether they will be repatriated.

On Friday, the Coast Guard said it repatriated seven Cubans who had been at sea for six days when they were caught earlier last week navigating toward Florida in a 15-foot (4.5-meter) vessel made of wood and aluminum that had no motor. The group was 35 miles (56 kilometers) east of West Palm Beach when they were intercepted by the Coast Guard on Wednesday. 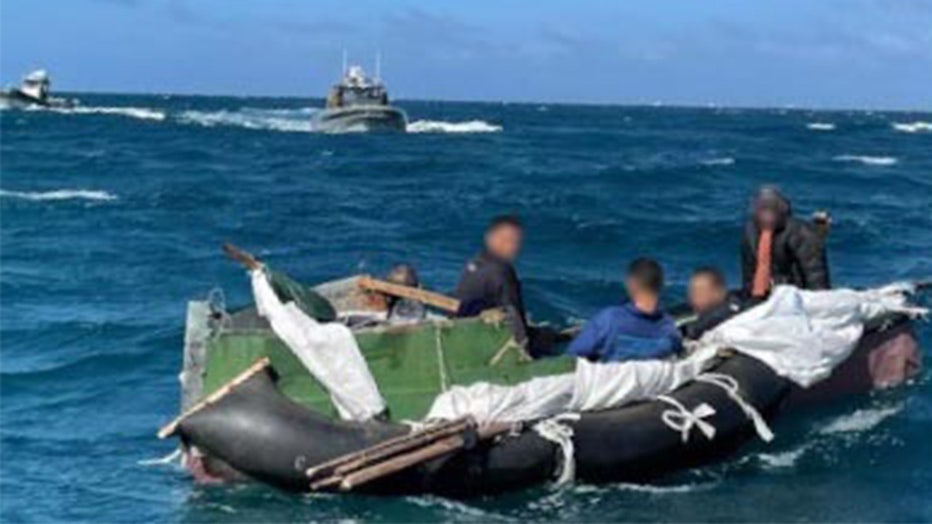 The two interdictions follow a rescue earlier this month of three Cubans who capsized and survived 33 days on coconut water, shellfish and rats on a deserted island south of Florida.

"The Coast Guard and our partner agencies are aggressively maintaining a presence in the Florida Straits and discourage these dangerous and deadly voyages," said Lt. Cmdr. Mario Gil, the Coast Guard liaison officer at the U.S. Embassy in Havana in an emailed statement to the media last Friday.