TAMPA, Fla. - December starts Tuesday, and it's going to feel like it in the Bay Area. A freeze watch is even in effect for the northern counties.

An area of low pressure, bringing in a cold front, arrived at the region's doorstep Monday morning -- dragging in some of the coldest air of the season, says FOX 13's meteorologist Tony Sadiku.

"How about since January 22nd of this year? We'll get down to 48 tomorrow morning, 40 degrees on Wednesday morning," he explained. 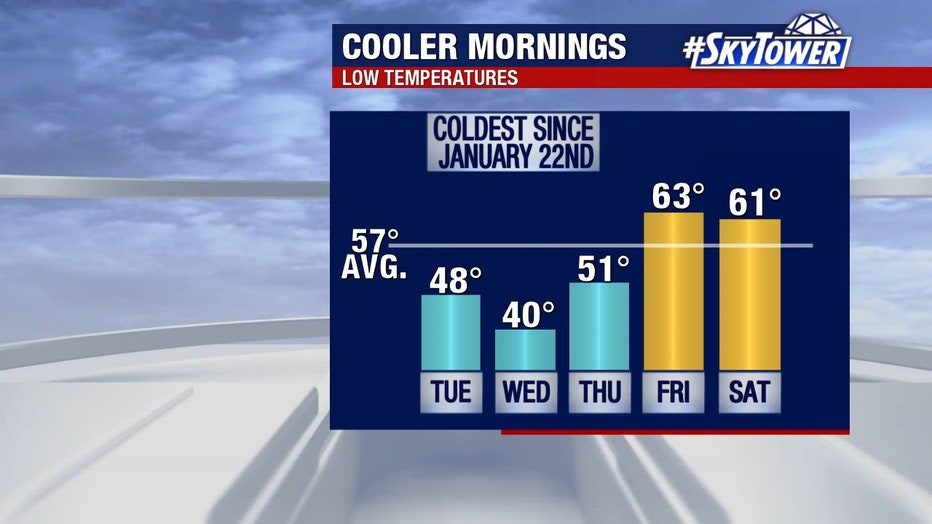 A line of fast-moving storms pushed through this morning, waking some residents up with thunder..

"But just like that winds are going to shift direction and drag in some cooler air," Sadiku said. "By this afternoon, you're like, 'Wow, that is a cold front.' You're going to feel it."

READ: 2020 hurricane season, the most-active on record, comes to an end

A freeze watch was issued Monday afternoon for the northern Bay Area, including Citrus, Hernando, and Sumter counties. More watches and warnings could come tomorrow.

Another cold front will make its way through on Friday.