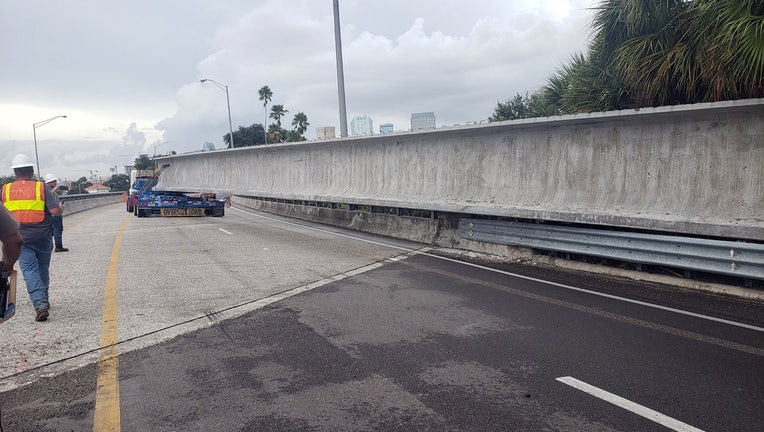 TAMPA, Fla. - The Selmon Expressway’s eastbound lanes, heading out of South Tampa, are closed this afternoon after an oversized concrete beam fell from its trailer across the roadway.

The scene of the crash is at the Willow Avenue exit.

According to the Florida Highway Patrol, the 160-foot concrete beam was being transported by a tractor-trailer when it somehow “separated” from the trailer and crashed into the outside guardrail and barrier wall.

Troopers say no other vehicles were involved in the crash and no injuries were reported.

Drivers should seek other eastbound routes for the next several hours. 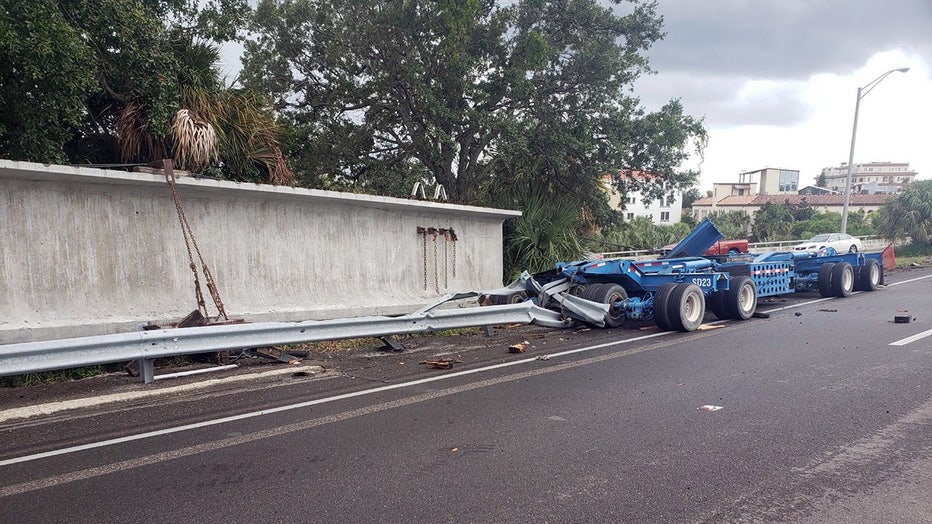 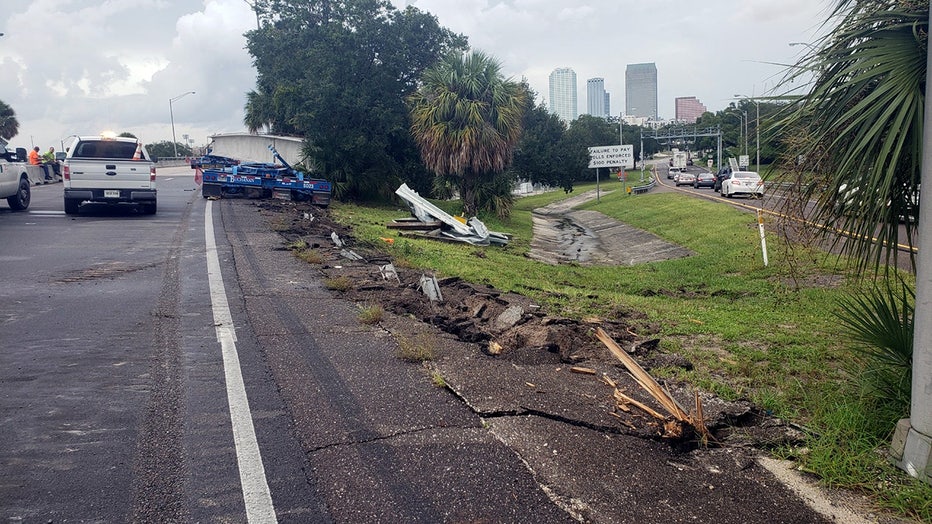