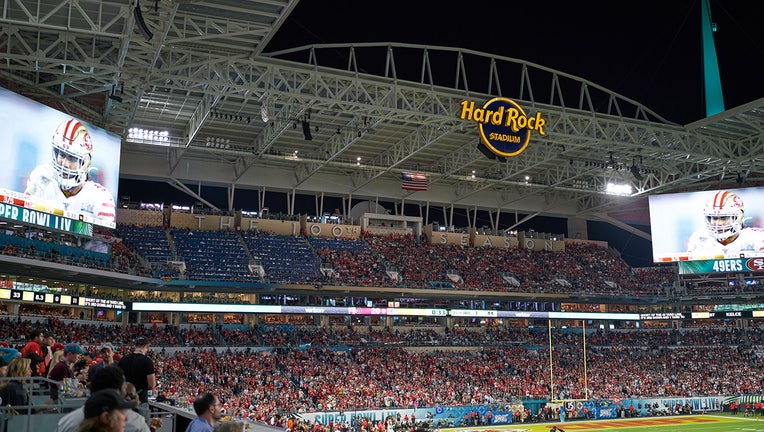 MIAMI GARDENS, FL - FEBRUARY 02: A general view of Hard Rock Stadium in game action during the Super Bowl LIV game between the Kansas City Chiefs and the San Francisco 49ers on February 2, 2020 at Hard Rock Stadium, in Miami Gardens, FL. (Photo by Ro

NEW HAVEN, Conn. - A jury in Florida has convicted a Connecticut man of sex trafficking at the 2020 Super Bowl in Miami.

The U.S. attorney’s office had alleged 48-year-old Edward Walker, of New Haven, brought two adult women and a 17-year-old girl from Connecticut to Miami in January 2020 to offer sex for money. Walker allegedly kept all the money the women received.

Prosecutors also offered evidence that Walker planned to take the victims to other locations, including Chicago during the NBA All-Star Game and New Orleans during Mardi Gras, to further exploit them.

After an eight-day trial, a jury in Fort Lauderdale on Wednesday convicted Walker of two counts of sex trafficking by force and coercion and one count of transporting a person for sexual activity. He faces up life in prison when he is sentenced in January.

A message was left with an attorney who represented Walker.