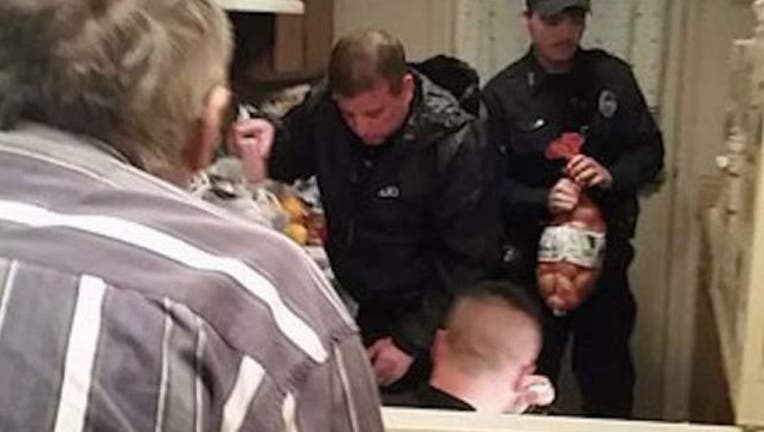 A 79-year-old Tennessee man called 911 saying he went two days without food, so police stepped in and delivered enough meals to last a month, paying for the food out of their own pockets.

The man, who asked WKRN.com not to identify him, told the station that he was on a fixed income and relied on Social Security benefits. To make matters significantly more challenging, his caretaker is accused of stealing his debit card earlier this month.

Police said Tammy Brooks, 36, was seen on surveillance video using the stolen card and was arrested on Sunday night, the report said.

The officers arrived at the man’s Mt. Pleasant home with several bags of groceries amounting to about $160.