President-elect Biden introduced the members of his climate team Saturday.

A new report found the COVID-19 shutdown and its impact on economic activity in the U.S. caused the biggest drop in greenhouse gas emissions in the country since World War II.

The significant drop of emissions in 2020 helped the nation reach one of its climate targets. But experts say unless "meaningful structural changes" are made, emissions will likely rise again.

The COVID-19 pandemic caused the country’s greenhouse gas emissions to drop by 10.3% last year, according to preliminary economic and energy data by the Rhodium Group, a data analytics firm.

The report said 2020 outpaced the Great Recession of 2009, when emissions dipped 6.3%, and it was the single largest drop in annual emissions in the post-World War II era.

The deadly coronavirus pandemic decimated the U.S. economy, with record unemployment not seen since the Great Depression as many businesses shut down to limit the spread of the virus. Many of the hardest hit economic sectors, including transportation, electric power and industry, are also the leading sources of the country’s greenhouse gas emissions, the firm said in its report. 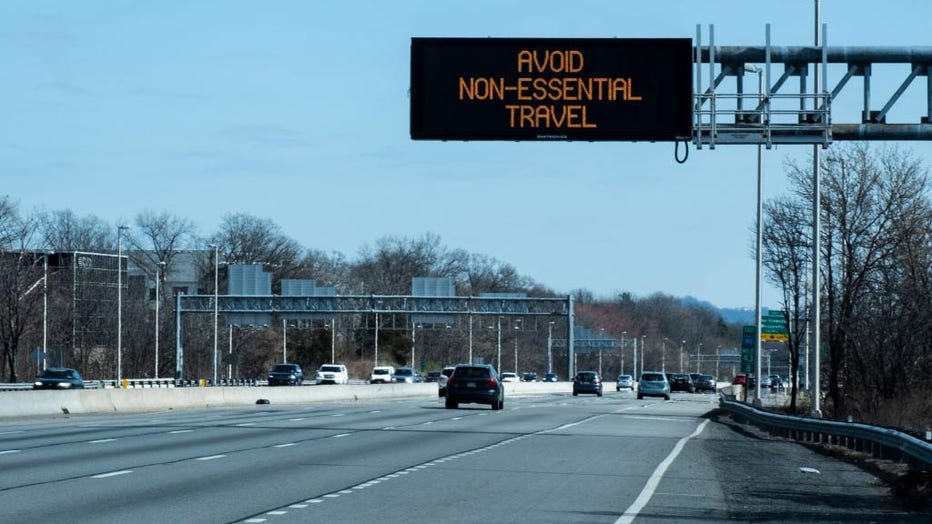 "The emission reductions of 2020 have come with an enormous toll of significant economic damage and human suffering," the report states.

Greenhouse gases trap heat and warm the planet, leading to sea level rise and more extreme weather, according to the U.S. Environmental Protection Agency. Human activities are responsible for almost all of the increase in greenhouse gases in the atmosphere over the last 150 years, the EPA says.

The dramatic dip in greenhouse gas emissions in 2020 meant the U.S. met a target under the 2009 Copenhagen Accord, set by the Obama administration. The country had aimed to cut emissions "in the range" of 17% by 2020, relative to 2005 levels.

"With coronavirus vaccines now in distribution, we expect economic activity to pick up again in 2021, but without meaningful structural changes in the carbon intensity of the U.S. economy, emissions will likely rise again as well," it adds.

President-elect Joe Biden, who will be sworn in on Jan. 20, has vowed to put climate change among his top priorities in office, including a promise to rejoin the Paris Climate Agreement, an international treaty on climate change. President Donald Trump withdrew the U.S. from the agreement, citing "draconian financial and economic burdens the agreement imposes on our country."

"We literally have no time to waste," Biden told reporters Dec. 19 as he introduced key members of his environmental team.