Expert explains why masks may be our 'new normal'

Health experts say that because of the recent domination of the COVID-19 omicron variant's subvariants, BA.4 and BA.5, infections are ramping up in the U.S. which could spell out a new normal for preventative health measures.

LOS ANGELES - The omicron variant of COVID-19 has two subvariants that have now dominated most of the cases in the United States, according to data released by the U.S. Centers for Disease Control and Prevention last week.

Subvariants BA.4 and BA.5 are more transmissible, and early evidence shows both are capable of evading immune responses from previous infection as well as current COVID-19 vaccines.

While they are not as deadly, they spread more quickly. And with more people infected, the chances of new mutations and variants cropping up increase. What’s more, more infections mean a higher chance of people developing long-term COVID-19.

Health care experts are calling these new subvariants the worst they’ve seen of any of the COVID-19 variants thus far. 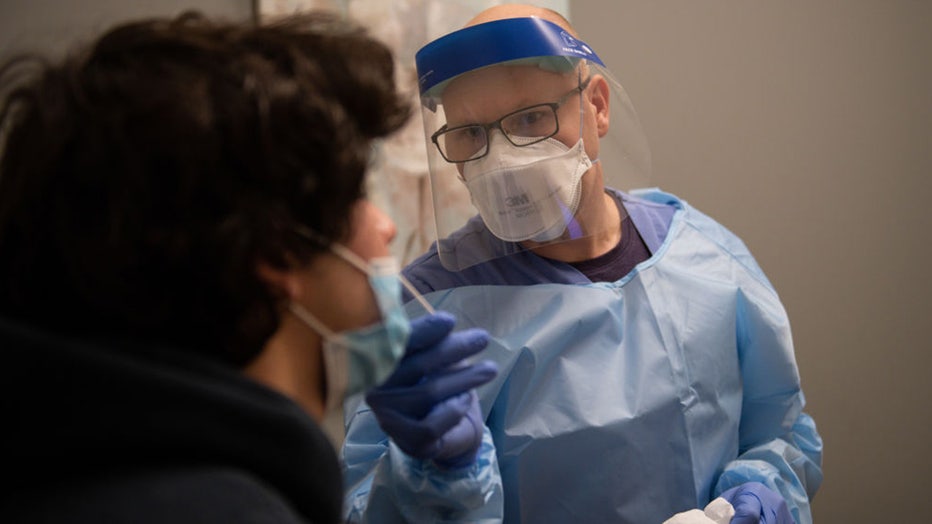 The omicron variant of COVID-19, which caused surges of new cases throughout the U.S. and the world, has birthed two new subvariants called BA.4 and BA.5, both of which were first discovered in South Africa in April 2022.

"They are sort of children of omicron that have gone a different route," explained Dr. Stuart Ray, professor of medicine in the division of infectious diseases for Johns Hopkins Medicine.

While both are highly transmissible, the BA.5 subvariant is currently the culprit for the majority of cases in the U.S., according to the CDC.

As of July 2, the BA.5 strain accounts for more than half of U.S. cases. This domination only took mere months since the strain’s discovery. 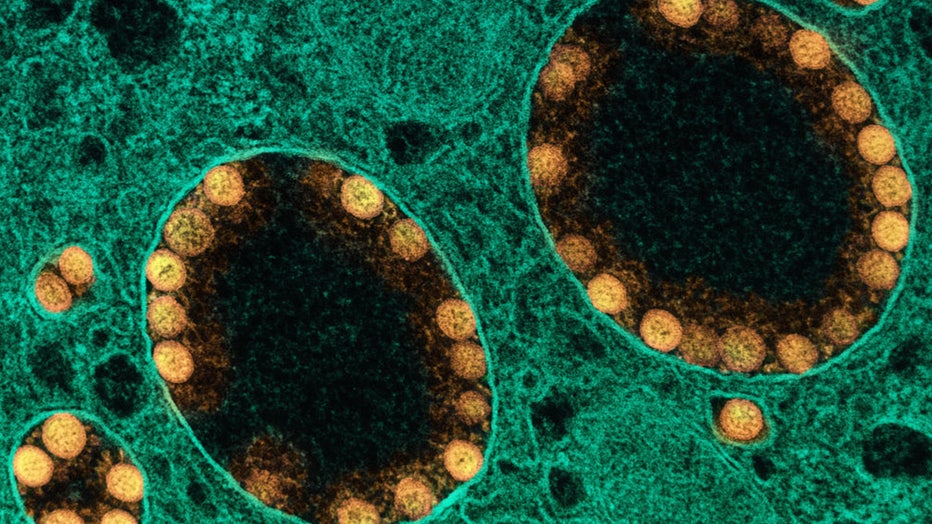 "We know that they are evading immune responses. So we know that people who either have been vaccinated or have prior infection are susceptible to these new variants. We’re still learning exactly how susceptible and what are the modulators, but some data just out in the last couple of days shows pretty significant escape from immune responses both in people who’ve been infected and those who’ve been vaccinated. So these viruses are finding a way around," Ray said.

The most worrisome thing about the subvariants are their ability to infect lung cells more efficiently; that’s according to recent studies involving infected hamsters, Ray said.

"That’s really the best tool we have that doesn’t involve putting people at risk. It looks like it infects lung cells better and might cause more severe disease, at least in those animals," Ray continued.

COVID-19 infects people of all ages but so far, the people who are the most vulnerable to BA.4 and BA.5 remain similar to previous strains: the elderly and the immunocompromised.

Why are BA.4 and BA.5 variants of concern

The two new subvariants are not as deadly, so why are we so concerned about them? Health officials have said they are the worst variants we’ve seen so far in this pandemic.

"I like to at least talk about how we define ‘worst,’ because worst would mean the thing that kills the most people, causes the most hospitalizations, and the most disruption. And of course the temporal, what we in science call the secular trend, the thing that’s happening over time that’s changing, because we have immunity that’s gaining over time, that makes this milder than it would have been if it appeared in 2020 because we had so little immunity back then," Ray said.

"So with all those caveats, and also understanding that if the thing that’s half-price and you buy four times as much, you’re spending twice as much. So if it’s less severe on a per-case basis but many, many more people get infected, it can be very bad. I think keeping those things in mind, BA.4 and BA.5 are about the worst we’ve encountered because they are so much more immune-evasive and they are so much more infectious. The fact that they are ramping up nationally, taking over this space of COVID in the United States so rapidly shows us that they really are infectious," he explained.

"These viruses are finding a way around."

According to Ray, the more infections there are, the more chances a virus has to mutate and learn our immune responses, which usually don’t kick into overdrive until about the second week of infection. By then, severe COVID will probably have taken over.

And not only that, because a lot of people have thrown out their masks and are resuming activities as normal, these strains have more room for trial and error. If they can’t get you sick one way, they’ll find another way. 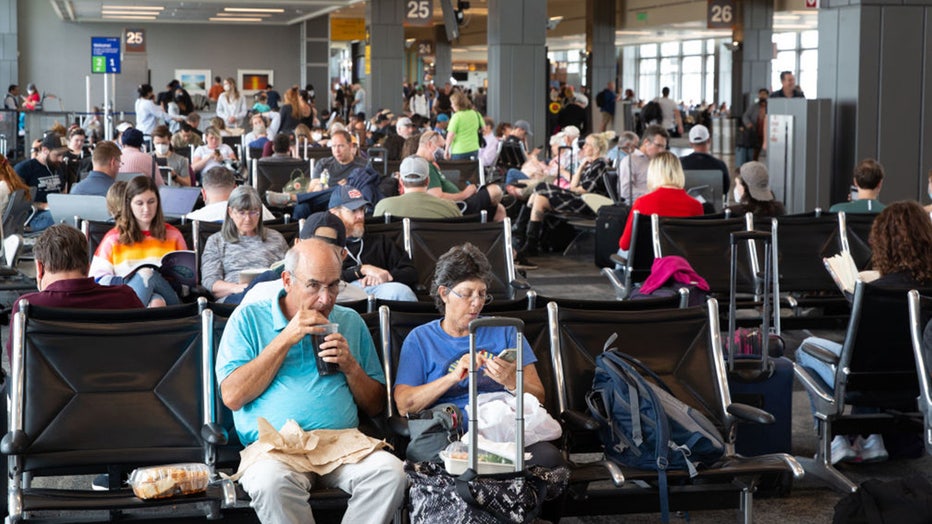 FILE -Travelers wait to board their flight at a United gate in the west terminal on May 23, 2022, in Austin, Texas.  (George Rose/Getty Images)

While many had hoped the virus would eventually mutate into a more mild form of COVID-19 as the population builds up immunity through either infection or vaccination, that hasn’t been the case with this virus, according to Ray.

"All these infections are just exactly the spawning ground for the next variant, although that could come from left field again," Ray said. "We’ve seen it come out of the most unlikely places, so I think letting the virus have its way with our population is probably not the thing to do. Having people work to try to limit spread would be great but I think that what we’re looking at and a number of analyses of the virus suggest that BA.4 and BA.5 are outliers in terms of being highly evolved, highly infectious, highly evasive, and if this virus has the potential to shift into a new gear because it's found this niche, it could pose as a risk." 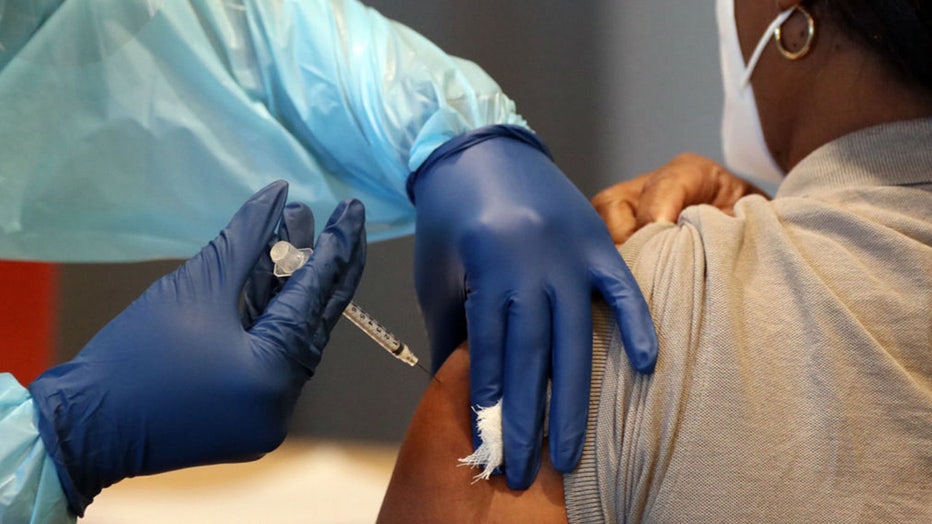 Recently, advisers to the U.S. Food and Drug Administration voted that it’s time to tweak shots to better match the most recent virus variants.

While this move is to stay ahead of the curve, Ray advises people who are contemplating receiving a vaccine now to get whatever is available instead of waiting for the updated vaccine.

Despite BA.4 and BA.5 having a better ability to evade immunity, the current vaccines are still the best way to protect from infection, in conjunction with proper preventative measures such as masking and not gathering in large numbers indoors.

Because the COVID-19 virus continues to mutate, should we consider a yearly COVID-19 shot, such as the flu? Not right now, according to Ray.

"So, I think that we will probably see some updates. I don’t think we’re going to be seeing an annual COVID-19 vaccine update," Ray said. "This is science and it’s hard to watch it happen in real-time but I’ve spent my whole life, or my whole professional life, watching science happen in real-time and it is a messy process where we get it wrong the first time in some ways, but we’re rigorous about learning from those things that weren’t optimal to improve them for the next version. And in the midst of a pandemic, we do the best with what we have."

It’s not clear who would be offered a tweaked booster — they might be urged only for older adults or those at high risk from the virus. But the FDA is expected to decide on the recipe change, and then Pfizer and Moderna will have to seek authorization for the appropriately updated doses in time for health authorities to settle on a fall strategy.

Current COVID-19 vaccines have saved millions of lives globally. Booster shots in the U.S. still retain strong protection against hospitalization and death, but their ability to block infection dropped markedly when omicron appeared.

RELATED: New vaccine could protect against COVID-19 variants before they emerge

Pfizer and Moderna already were brewing boosters that add protection to the first omicron mutant. Their combination shots, what scientists call "bivalent" vaccines, substantially boosted levels of antibodies capable of fighting that variant, more than simply giving another dose of today’s vaccine.

Many scientists favor the combination approach because it preserves the original vaccines’ proven benefits, which include some cross-protection against other mutants that have cropped up during the pandemic.

The question facing the FDA is the correct recipe change. Both companies said they’d have plenty of omicron-targeted combo shots by October but Moderna said switching to target omicron’s newest relatives might delay its version another month.