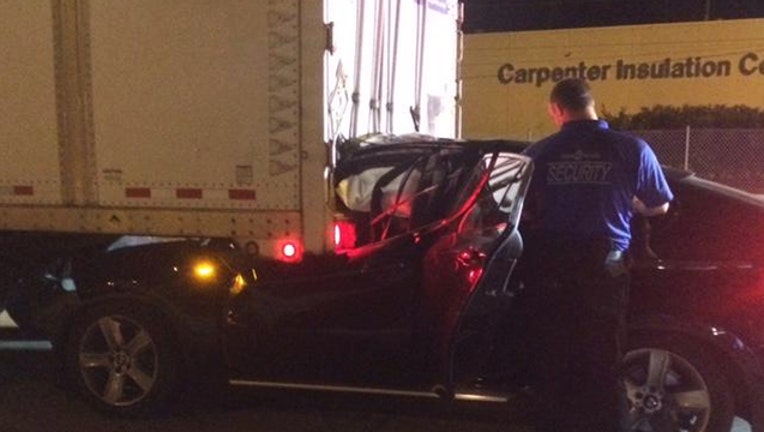 POLK CO. (FOX 13) - Drivers are experiencing delays on I-4 near the Polk/Hillsborough County Line after multiple crashes this morning.

The first happened on I-4 eastbound around 5 a.m.

FOX 13 viewer Michael Miraglia shared a photo of the crash, showing a car that had rear-ended a semi truck.

Officials had not yet reported on injuries in the crash.

Drivers were being encouraged to take US 92 or Swindell/Frontage Road as alternates.

A second crash caused back-ups on I-4 westbound around 7 a.m. near McIntosh Road.

The left lane was blocked, resulting in travel times of 15 minutes or more from Paul Buchman Highway to the I-75 exit.

Drivers were encouraged to take U.S. 92 to avoid the congestion.