TAMPA, Fla. - Businesses have closed, flights have been canceled and cruises have been halted in an effort to slow the spread of coronavirus across the globe.

Cruise ships have been docked in ports across the country as all cruises have been suspended by the federal government.

That doesn't mean these ships are empty, however. Many crew members remain aboard while waiting for the suspension to be lifted.

While one of those ships, the Carnival Legend, remains docked in Tampa, the crew aboard decided to send a creative message to residents in the Channelside area and beyond, using the ship's balcony lights.

As the sun set on downtown Tampa, the message "We Will Be Back" illuminated the side of the ship -- complete with a heart toward the stern.

Ben Bradley captured drone video of what he called a "message of hope."

"Their positive message sheds a light that we'll all get through this," he wrote in his video, which he posted to his YouTube page. 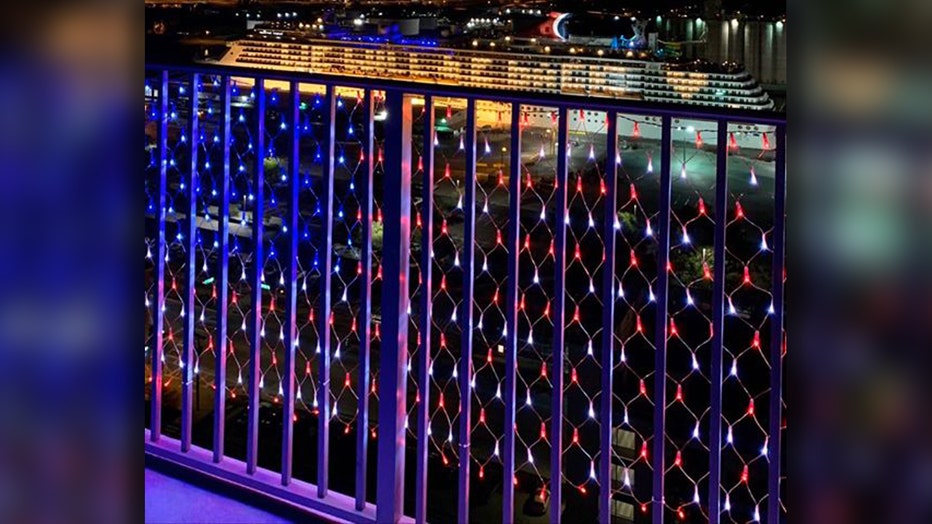 Catherine Stopper, who lives across from Port Tampa Bay in Channelside, spotted the message from her balcony. She says she and her husband put American flag lights facing the port in a show of solidarity.

"I light this flag each night at 8 p.m. until morning [to] show support to everyone out there helping in this effort. Airman, Truckers, Healthcare Workers etc.," Stopper told FOX 13.