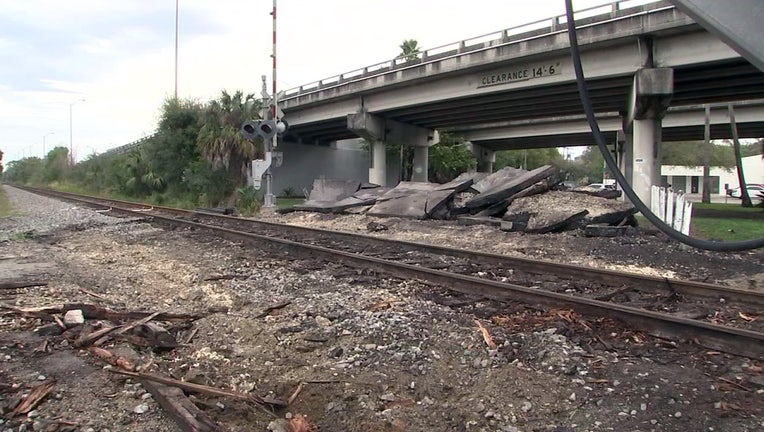 TAMPA, Fla. - Days-long road closures tied to railroad maintenance have caused traffic tie-ups across Tampa, especially in the busy downtown and South Tampa neighborhoods. Now, the city's top traffic official says CSX did not follow the city's procedures to request the closures, causing "a bit of a traffic mess."

South Tampa was a symphony of horns Wednesday. There was confusion, illegal u-turns, and a lot of road rage.

"I have never seen it this bad," said driver Jasmine Terrazas. "People honking, people yelling, people getting out of their cars yelling."

"I think it definitely could have been handled a lot better," said driver Antonio Cobos. "I think they should've given at least a warning they were going to do all this. That way, it doesn't come as a surprise to people. Pretty unprofessional on their part."

Last week, CSX warned residents that they would be closing several streets for "routine maintenance" on railroad crossings, with some of the closures lasting for two to five days. The notice named 19 streets, including busy thoroughfares like Bay to Bay Boulevard, Nebraska Avenue, Swann Avenue, and Cleveland Street.

But Vik Bhide, Tampa's director of transportation and stormwater services, says CSX is not sticking to their schedule, and even opted to close roads where no work was being performed at the time.

The result is significant traffic delays. Drivers report trips that normally take 10 minutes are taking 60 to 90 minutes, and today's rain is not helping.

Bhide said CSX did not file for rights-of-way use permits, which would have helped city planners take steps to reduce the impact of the closures.

"Per city code, they have to do this. They opted not to do this," Bhide said. "Had CSX followed the process that we already have, we'd be able to put mitigating measures in place. Things like detour routes, better maintenance of traffic, better information in advance to prepare the community. And also we would likely have not had them close multiple crossings at the same time."

Mayor Jane Castor was on a call with CSX officials late Wednesday afternoon, according to Bhide. Meanwhile, he said, the city is working with the Tampa Police Department and other law enforcement agencies to try and keep traffic flowing without CSX's help. 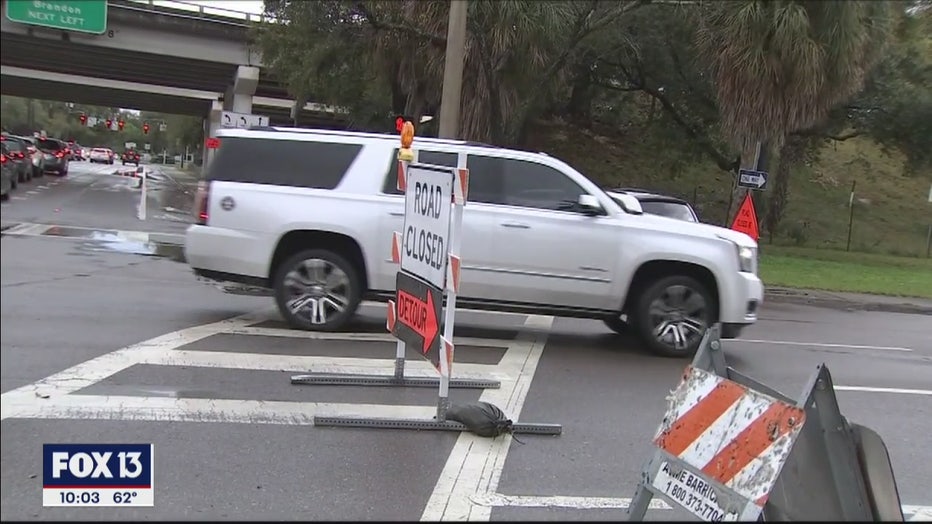 "We asked them why they're closing down roads when they're not doing work out there. The answer we got was that they wanted to close the road at a time when there was no traffic," Bhide added. "Again, not a practice we would follow. We like to close roads [only] when we do work."

In response to a FOX 13 inquiry, CSX provided a statement apologizing for the inconvenience.

"As part of the company’s critical infrastructure maintenance program, CSX is conducting repairs on highway-rail grade crossings throughout Tampa. CSX has closely coordinated the closures with FDOT and we expect to reopen the Euclid Avenue, El Prado and Bay to Bay crossing tomorrow morning, barring any weather delays or other unexpected issues," the statement offered. "CSX apologizes to residents who may be impacted by this and we appreciate the public's patience while we complete this important work, which is critical to ensuring the safety of motorists using these crossings and to maintaining a safe, reliable freight rail network."

According to the city of Tampa, the following crossings are expected to reopen by 6 a.m. on Thursday, February 27:

The following crossings are expected to reopen by 4:00 p.m. on Thursday, February 27:

The following crossings are expected to reopen by 4:00 PM on Friday, February 28:

All other crossings will be closed for a total of 2 to 5 days from the closure date. Drivers and pedestrians alike are advised to allow for extra travel time and travel through the area with caution. Barricades and signs will be located to assist with traffic flow.