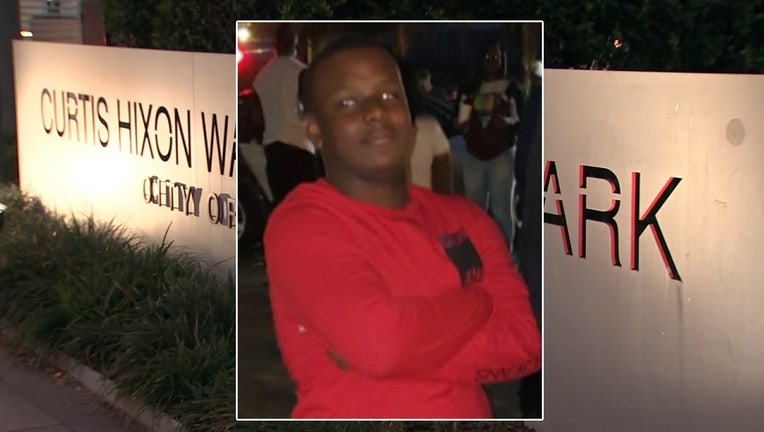 TAMPA, Fla. - Tampa police identified Antonio "Jay Jay" McGuire, Jr. as the man who was shot and killed at Curtis Hixon Park over the weekend.

As of Tuesday night, officers were still searching for the suspected gunman responsible for the 18-year-old's death. Neighbors said they told police of a large, unruly crowd in the park around 9:30 p.m. Saturday.

“They were gathering very closely,” explained a downtown resident who only wanted to use her first name, Alecia. She said, “They were not at all regulating to social distancing.”

Alecia told FOX 13 that she could tell something was wrong.

“You could hear the hoopla and the chaos that they were causing,” she explained. “It wasn’t just fun screaming [sic] or laughing. It was deep arguing, slander, and not good words that were being used.”

Neighbors living in downtown Tampa added that they've seen a lot of large gatherings since the social distancing rules went into effect, and they want to see an increase police presence.

Anyone with information and tips, including cell phone video and social media posts is asked to contact Crime Stoppers at 800-873-8477