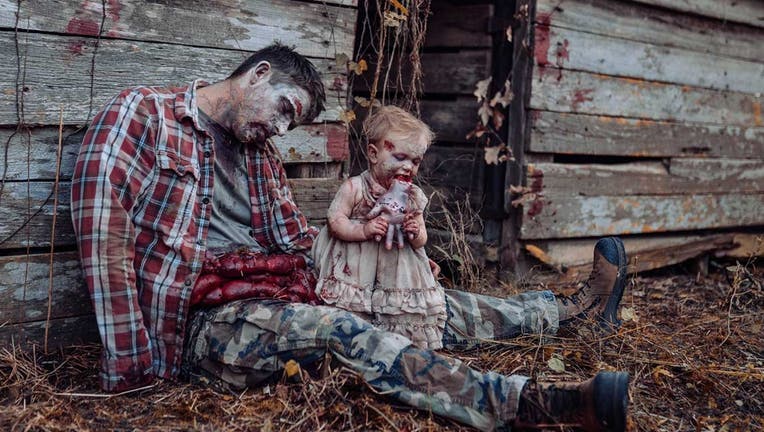 “No babies were harmed in the process,” the photographer assured viewers. (Tifflynn Photography)

DOTHAN, Ala. - (FOX NEWS) -- “No babies were harmed in the process,” the photographer assures.

A mom in Alabama is getting quite the response to her frightful Halloween-inspired photo shoot, as it depicts her husband and 11-month-old daughter as zombies.

“I was kinda curious on why people don’t do daddy/daughter dad/son photo ops. So I started thinking about what kind of unique shoot I could do for my husband,” Tiffany Renfroe told Fox News, explaining that her hubby is a huge horror fanatic who counts the original “Halloween” and “The Walking Dead” as some of his favorites. 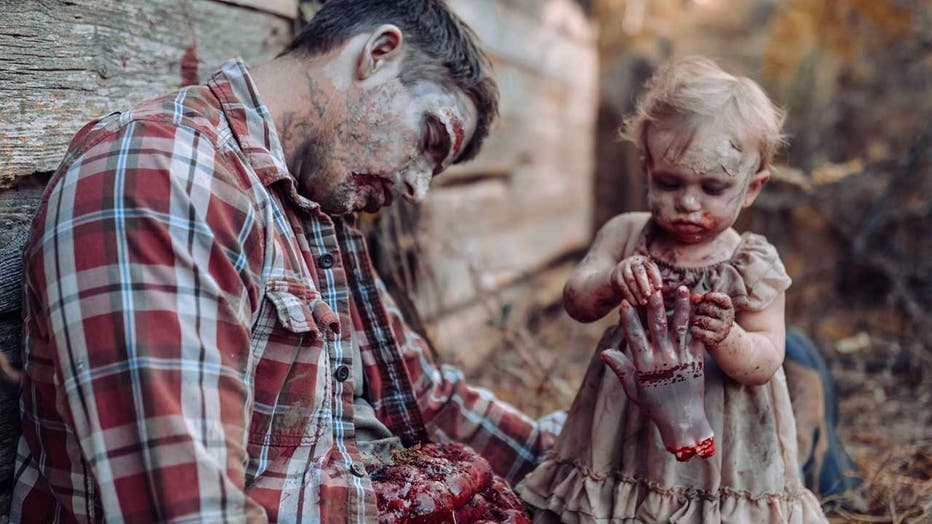 All of the props and guts were made from edible materials, like cake and berries, Renfroe said. (Tifflynn Photography)

Renfroe, who also runs Tifflynn Photography and photographed the shoot, added that she and her daughter Oakley had recently had their own mommy-daughter photo session, and her husband Daniel was started feeling a bit “salty,” or jealous about the whole thing.

“So somehow I combined both of his interests and really started putting the photoshoot together in my head,” she explained.

In the photos, young Oakley can be seen posing with her undead dad, and poking around in his zombie “guts.” (All of the gruesome props were made from edible matter like cake and berries, Renfroe tells Fox News.)

Later in the photo shoot, little Oakley is seen being stalked by none other than Michael Myers, who eventually scoops her up and wanders off with her. 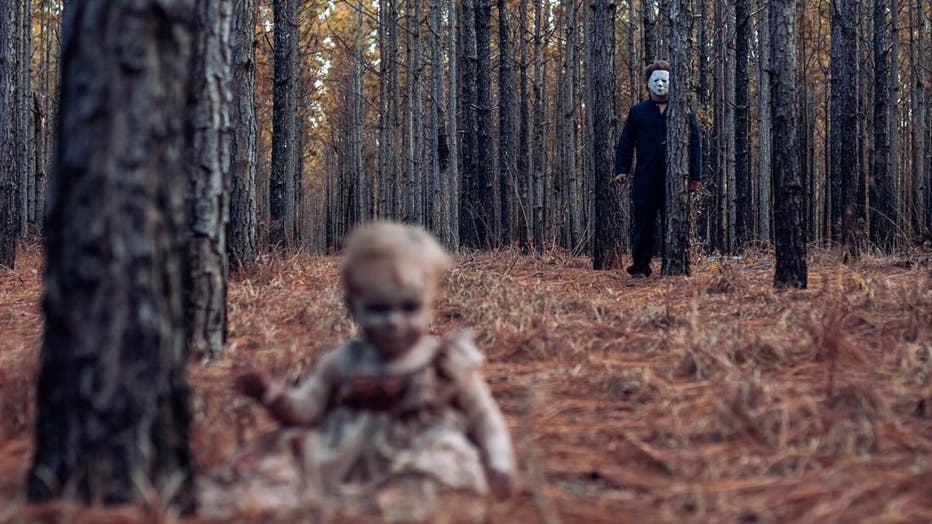 Renfroe said her husband is a huge horror buff, with "Halloween" and "The Walking Dead" being among his favorites. (Tifflynn Photography)

Renfroe also made sure to note that Oakley wasn’t upset by the shoot, but rather, that she was actually excited to keep eating the edible props.

Renfroe’s followers, too, were quite delighted by the whole thing, as her Facebook post about the shoot has already racked up more than 41,000 likes and over 160,000 comments.

“I love this! So cool,” one Facebook user wrote.

“My kinda family!” another simply said. 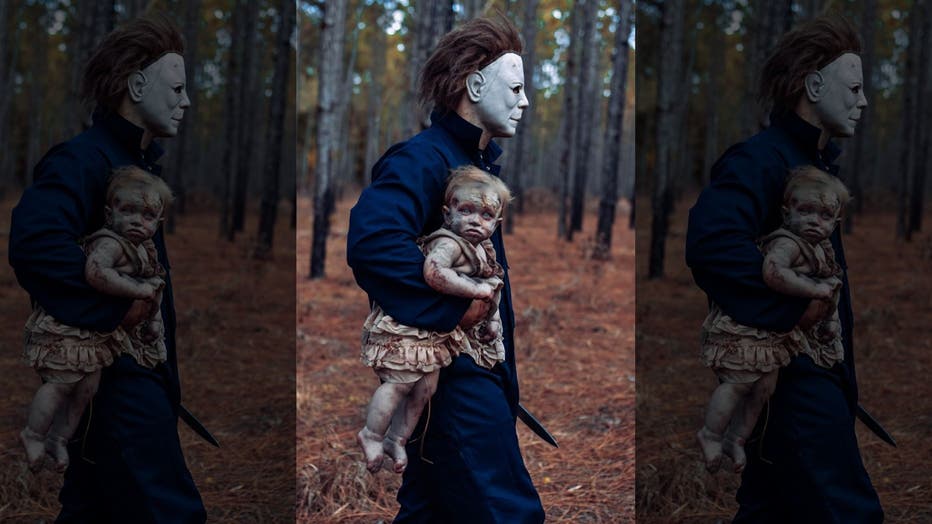 “We started putting it together and having a great family day!” said Oakley's mom. (Tifflynn Photography)

Renfroe added that the shoot was also a family affair, as her other children — Kaiden, 10, and Gib, 5 — were helping out “behind the scenes” by helping with makeup and morale.

“We started putting it together and having a great family day!” Renfroe said.