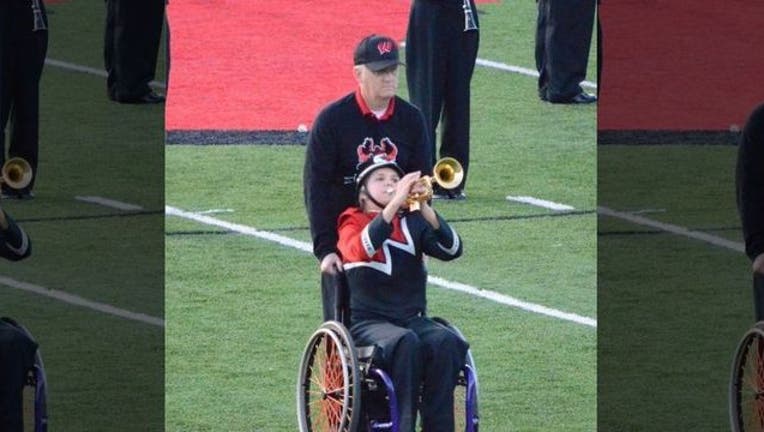 A Nebraska freshman whose muscle disorder threatened her dream to be in her high school marching band has now seen her wish fulfilled after her father offered to push her wheelchair on the field.

Eva Houston, 14, has been playing the trumpet since fifth grade, but she thought she couldn't join the marching band due to cerebral palsy— a condition that affects coordination and movement. Eva also uses a wheelchair.

“We emailed the band instructor to see what we could do for her, and he said he’d be happy to get her into the drill, as long as someone can push her,” Kevin, Eva’s father, told TODAY.com. “Eva came to me saying she really wanted to do it, and how do you say no to that?”

To push Eva’s wheelchair through the band’s formations on the field, Kevin leaves the office early four times a week. And during Friday night games, he accompanies her on the field for the band’s halftime show, after which he returns to the stands to sit and watch the game with his wife, Vicky, TODAY reported.