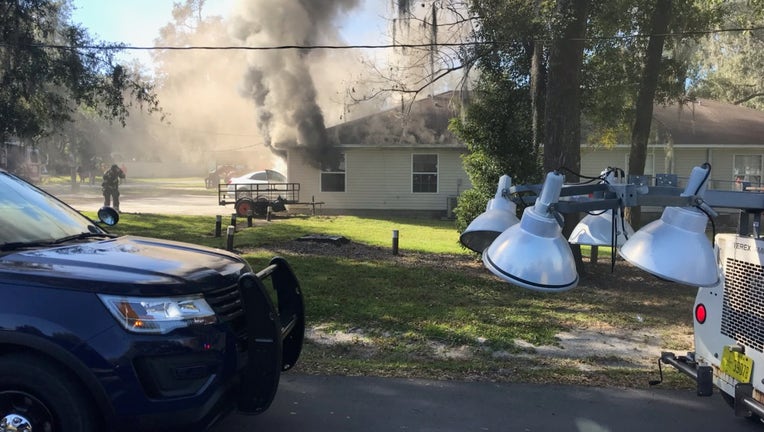 DADE CITY, Fla. - A car crashed into a Dade City building caused a fire to break out Friday afternoon.

According to Pasco County Fire Rescue, a driver hit the gas instead of the brake causing the car to crash into a building on Magnolia Ave.

The driver said her foot slipped on the gas pedal and she drove into her home and an electrical box, which sparked a fire.

Pasco County Fire Rescue said the fire was contained to only one unit of the triplex.

Firefighters said the fire is out and all electrical hazards have been mitigated.