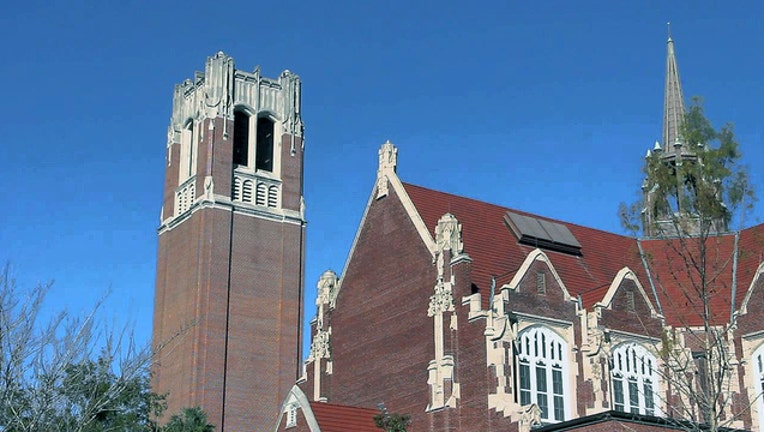 TALLAHASSEE (NSF) - Saying it expects a tab of at least $500,000 for beefed-up security, the University of Florida announced Thursday that white nationalist leader Richard Spencer will speak on campus October 19.

University President Kent Fuchs initially balked at a proposal for Spencer, a lightning-rod figure, to speak on campus in September. But facing the threat of a federal lawsuit, the university and representatives of Spencer negotiated the Oct. 19 appearance at the Phillips Center for the Performing Arts.

As a sign of the sensitivity of the issue, the university set up a webpage providing detailed information about the event --- and saying the school's decision was based on First Amendment grounds. Fuchs' initial opposition to Spencer's appearance came after a white nationalist rally in August in Charlottesville, Va., turned deadly.

“As a state entity, UF must allow the free expression of speech,” the university webpage said. “We cannot prohibit groups or individuals from speaking in our public forums except for limited exceptions, which include safety and security. Our decision to disallow the September event was based on specific threats and a date that fell soon after the Charlottesville event.Â Allowing Spencer to speak in October provided additional time to make significant security arrangements.”

The university said it will charge “allowable” costs of $10,564 to the Spencer-led National Policy Institute to rent the Phillips Center and for security inside the venue. But the university expects at least $500,000 in security-related costs on campus and in Gainesville. That includes costs of the University of Florida Police Department, the Gainesville Police Department, the Alachua County Sheriff's Office, the Florida Department of Law Enforcement, the Florida Highway Patrol and other agencies, according to the university.

The Spencer appearance is scheduled for 2:30 p.m. on Oct 19, and the university said classes will not be canceled that day.

“We understand that this event and possible protest provokes fear, especially for members of our Gator family who are targets of messages of hate and violence simply because of their skin color, religion, culture, sexual orientation or beliefs,” the webpage said. “Faculty have been asked to be understanding with students on a case-by-case basis. However, faculty should not cancel classes without consulting with their dean.”

The university also indicated it is preparing for protesters.

“Protesters are expected to assemble near the Phillips Center, but we will have security across campus and in the community,” the webpage said. “Law enforcement will closely monitor groups marching into other areas of campus. The safety of our campus and community is our top priority.”