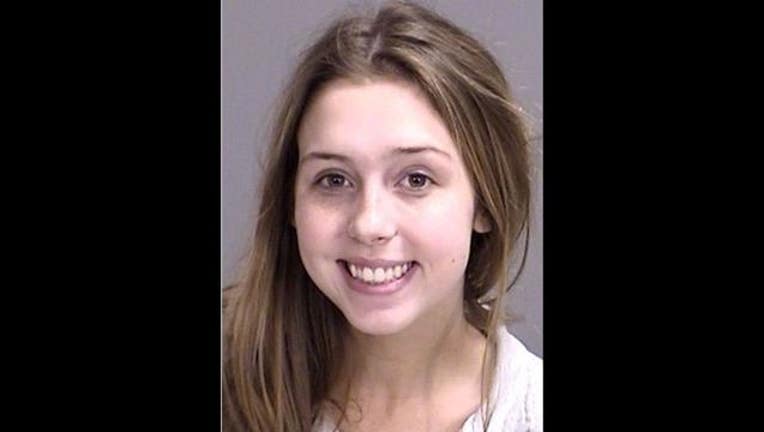 COLLEGE STATION (FOX 26) - A 19-year-old is going viral for her happy-looking mugshot that followed her drug arrest in College Station.

Sarah Furay was busted last month for the manufacture and delivery of a controlled substance, and for drug possession.

She was arrested after cops found 31.5 grams of packaged cocaine, 126 grams of high grade marijuana, 29 ecstasy tablets, methamphetamine and a 60 doses of an LSD-like drug in her apartment.

Furay is the daughter of a longtime DEA agent who once headed up the federal agency's office in Galveston.

Her father is now said to be working for the DEA in Panama.

Furay was released from jail after posting a $39,000 bond.