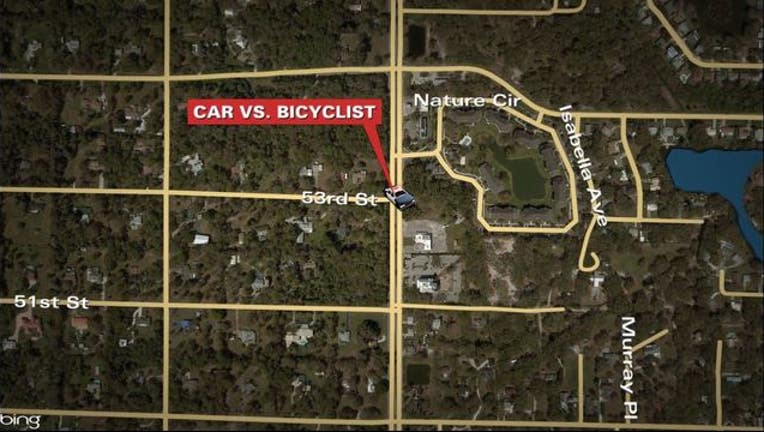 A bicyclist is dead after a car hit him while he was biking down the road.

It happened Friday around 7 PM in Sarasota.

Deputies say the 45-year-old man was biking down Lockwood Ridge Lane in Sarasota. That's when an elderly man in a car traveled into the bike lane, knocking the rider to the ground.

The bicyclist fell into the street and did not have a helmet on.

He later died from his injuries.